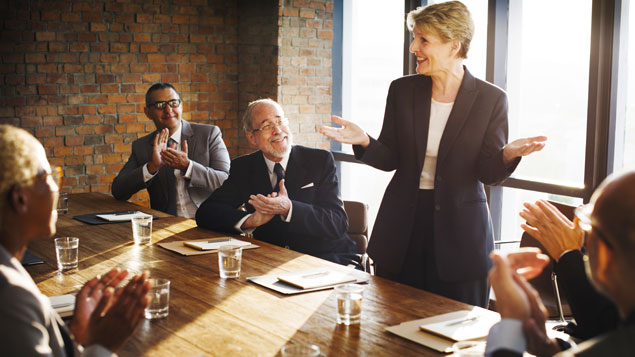 The Government has revealed what it described as the “worst” explanations FTSE 350 chairs and CEOs have given for a lack of gender diversity on their boards, including the belief that women “don’t want the hassle or pressure of sitting on a board” or do not have the “right credentials” or experience.

The excuses were given to the team behind the Hampton-Alexander Review, which has set FTSE 350 organisations the task of ensuring one-third of board and leadership positions were filled by women by 2020.

Although the number of women on the boards of some of the UK’s biggest companies had doubled between 2011 and 2017, there were still 10 all-male boards among FTSE 350 organisations.

Some of the explanations given by CEOs and chairs included:

Amanda Mackenzie, chief executive of Business in the Community, said: “As you read this list of excuses you might think it’s 1918 not 2018. It reads like a script from a comedy parody but it’s true.

“Surely we can now tackle this once and for all. Maybe those that give credence to these excuses are the ones that are not up to sitting on boards and should move over: we are in the 21st century after all.”

Mackenzie remained optimistic that collaboration between the Government, employers and their employees would result in seeing “true equality in our lifetime”.

Gender pay gap figures revealed that eight in 10 employers with 250 staff or more paid men more than women in 2017, with a median gender pay gap of 9.7%.

Sacha Sadan, director of corporate governance at Legal & General Investment Management – which recently set up a fund to benefit organisations with higher board-level gender diversity – believed boards made up of men from the same socioeconomic backgrounds were not the best forum for challenging debates.

“Although we have seen good progress at non-executive level there is still much more to do on the senior leadership pipeline. Therefore we continue to encourage companies to tap into the whole talent pool,” he said.

Earlier this month, PwC urged businesses to work together to tackle industry-wide challenges in order to close the gender pay gap.

The Hampton-Alexander Review is expected to publish updated gender diversity figures for FTSE 350 boards next month.