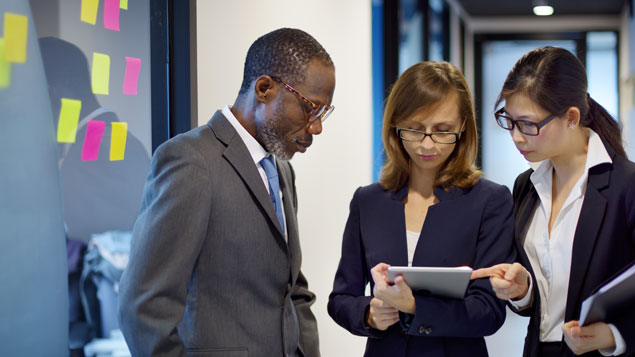 Companies that have high levels of ethnic and gender diversity across their workforce and at board level are more likely to exceed the average profitability margin, according to consultancy McKinsey & Company.

Its Delivering Through Diversity report claimed that companies in the top 25% for ethnic diversity were 33% more likely to achieve profit above the industry average EBIT (earnings before interest and taxes) margin than those in the bottom 25%.

Diversity at board level was also found to be financially beneficial, as companies with the most ethnically diverse boards were 43% more likely to outperform on profit.

Diversity in the workplace

Meanwhile, those in the top 25% for gender diversity were 21% more likely to exceed the industry average EBIT than the least diverse companies.

The report said: “Although levels of diverse representation in top teams are still highly variable globally – with progress being slow overall – there are practical lessons from successful companies that have made [inclusion and diversity] work for them.”

In terms of gender diversity at executive level, the UK lagged behind the US and Australia, with women accounting for just 15% of executive roles in the UK (compared to 19% in the US and 21% in Australia).

It recommended that companies develop an inclusion and diversity programme that involves:

The report added: “Companies that do this well are able to create a strong corporate ethos that resonates across employee, customer, supplier, investor, and broader stakeholder groups.”

Cathy Temple, head of HR at technology firm Oracle told Personnel Today that seeing people from more diverse backgrounds join the company has helped the company be more creative. More than a third of its board members are female, and it seeks to be an attractive employer for women as it offers schemes such as flexible working or the ability to cash in or buy more holiday allowance.

Temple said: “We are sending out a very strong message that we’re a flexible employer.

“We realised that people are very different and creating an environment that is supportive of diversity is important in attracting people to the business.”

Another company that has launched a long-term inclusion and diversity strategy is Odeon Cinemas Group. Its “Our Incredible Differences” project will involve research, insight gathering, focus groups and training across 14 European countries to encourage diversity.

Kathryn Pritchard, group CPO at Odeon, said: “Diversity and inclusion is everyone’s responsibility, no matter their background. Only with it being tackled at every level and in all areas of our business will we have make the progress that enables the talent of everyone to shine.”