Half of leadership transitions fail: Does HR do enough to smooth the way? 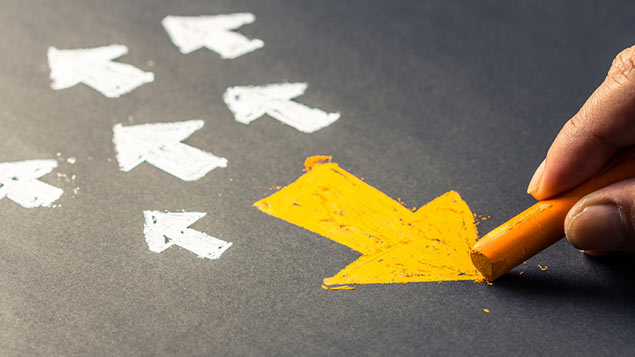 HR and L&D teams will often have plans in place to help new managers become equipped for the new responsibilities, but senior leaders are too often assumed fully equipped to succeed in their a new role. Carole Pemberton examines what HR can do to ensure a smooth transition.

Transitioning to a senior leadership role is sometimes considered to be more challenging than dealing with the trauma of divorce, bereavement or serious health issues. For the ill prepared, things can too easily go badly. And they do. Almost 50% of leadership transitions are considered a failure according to data released by McKinsey – they fail to deliver the anticipated organisational or financial returns.

By building a relationship with new leaders, HR can understand when they would value a 1:1 intervention, recommend the right mix of coaching and mentoring, plus ensure the individual has a clear motivation for change”

One could argue that at the senior leader or board  level, it’s down to the individual to make their own transition a success. After all, they are very senior and have put themselves forward as highly capable. In most cases, HR offer onboarding programmes for those transitioning lower down the organisation but will tend not to become involved with more senior transitions.

It may be awkward to broach the subjects of coaching and mentoring to an incoming senior leader, but it’s an important discussion to be having. Transitioning failures impact very badly on the organisation as a whole, from having a toxic effect on culture, affecting market share and share prices, to creating a ripple effect whereby others lower down an organisation become disengaged or decide to leave. And that’s without considering the recruitment cost at this level. So if HR departments are not already getting involved, they ought to be.

Executive coaching is helpful for leadership skills and behaviours when transitioning, and mentoring at the equivalent level supports the industry and role knowledge a senior leader needs when transitioning. Having a “critical friend” who has sat in the same seat provides the confidence they need to make good decisions and achieve some early wins.

Most commonly for a transitioning leader, the biggest challenge relates to being placed into a role which no longer relies on technical expertise as the source of their authority. As a senior leader, they are expected to become more of a “generalist” but letting go of a technical domain can be disconcerting. This can result in insecurity and feelings of “imposterdom”, as a result of being expected to contribute outside of established areas of experience.

Sometimes, the individual is unaware of how they need to be different in a new role. They keep doing what worked in the past as a way of protecting themselves from feelings of discomfort. Or perhaps they cannot translate their experience in a very different organisation to the new environment – individuals can often overestimate the power of their capability and underestimate the power of culture.

Operating within a boardroom environment presents another challenge and whilst they will appreciate that “what got you here won’t get you there”, they might lack the self-awareness to put that mantra into practice. For example, when a transitionee has a competitive style, this may have allowed them to outperform peers and secure their leadership role, but what happens when they discover the board is comprised of individuals with a similar style to their own? Alternatively, they may previously have relied on technical authority to be heard, but then fail to make an impact in the board room because issues are examined in multi-dimensional ways.

HR professionals may not always appreciate that mid-level managers can be transitioning into senior roles labelled as director, without having previously considered the leadership and personal skills that a role requires of them. It can be particularly stressful if they have already established a consensual or collaborative management style.  For newcomers, being direct – particularly when moving into a new area of responsibility, with an unknown team who have established skills – can be very uncomfortable, amplifying any existing feelings of insecurity and imposterdom.

Generally, the more senior the incoming individual is, the less likely there will be transitioning support offered and this is particularly marked when senior leaders are recruited in from outside. Yet without the right support, they run the risk of failure, simply by replicating what worked elsewhere, without contextual understanding.  When working with transitioning leaders, their issues are always individual. Some will need help to change perspectives, so they can examine issues with a more strategic lens.

For others it can be managing the risk of burnout because of taking on too much, or the challenge of leading much larger teams and no longer feeling they are in touch with what is happening on the ground. Perhaps they need to deal with colleagues who are very different in style to themselves, or follow a predecessor with a strong reputation who is still around in the organisation, particularly if the new leader has been brought in to initiate change. It can be finding a voice, so that they can articulate their vision to their team or recognising how to establish credibility in a new environment, like the boardroom.

New senior leaders do need some onboarding, which could be positioned as an illustration of the organisation’s investment in them and a means of speeding up the process of transition. HR clearly has a role here and it is a matter of appreciating how to strike the right balance between too much and too little. Offering a raft of development programmes at the outset can be overwhelming and it may be more helpful to allow an individual to arrive, observe what is different and challenging in their role and then decide what support would be valuable.

Rather than offering the prescribed programme that might work lower down the organisation, it needs to be an agreed process between HR and the individual. By building a relationship with new leaders, HR can understand when they would value a 1:1 intervention, recommend the right mix of coaching and mentoring, plus ensure the individual has a clear motivation for change.