Harassment and inequality: should some of the red-tape “burdens” be reinstated?

By Darren Newman on 26 Jan 2018 in Gender pay gap, Gender, Bullying and harassment 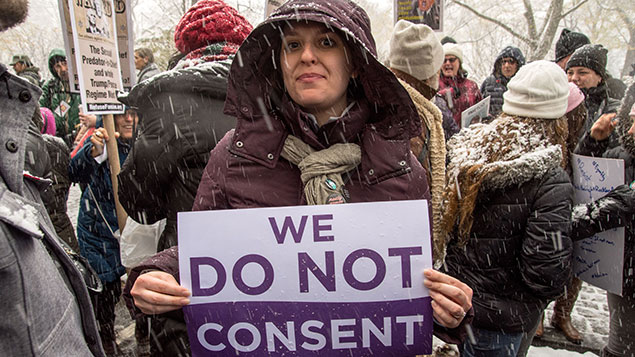 XpertHR consultant editor Darren Newman looks at amendments to “cut red tape” made to the Equality Act by the previous coalition Government – which, in light of the harassment and inequality issues now being exposed on a regular basis, seem particularly ill advised and outdated.

It feels like there has been an important shift in our culture over the treatment of women in the workplace. The scandal surrounding the Presidents Club dinner in London follows months of allegations against high-profile individuals in politics and the arts.

Meanwhile, pay is also under the spotlight as large employers start to publish figures on their gender pay gap ahead of the spring deadline and the BBC faces claims that women in senior roles are paid far less than their male counterparts. It is just possible that these developments will lead to a reappraisal of how the legislation on sex discrimination and equal pay has been amended in recent years to ease the burden on employers.

In relation to harassment, one of the features of many of the recent allegations is that the victim was harassed by a customer, client or some other third party rather than by her employer.

The Presidents Club allegations in particular are reminiscent of the case of Burton and Rhule v De Vere Hotels [1996] IRLR 596 EAT in which a hotel was held liable for the racist and sexist verbal abuse directed at two serving staff by the comedian Bernard Manning and members of his audience at an event held in the hotel. However, the approach of the Employment Appeal Tribunal in that case was expressly disapproved by the House of Lords in Macdonald v Advocate General for Scotland; Pearce v Governing Body of Mayfield School [2003] IRLR 512 HL. In that case the Lords held that an employer was not liable for the homophobic bullying of a teacher by school pupils, because the school’s actions in exposing her to that bullying were not themselves on the grounds of sexual orientation.

One of the features of many of the recent allegations is that the victim was harassed by a customer, client or some other third party rather than by her employer.

When the Equality Act 2010 was passed it contained specific provisions on “third-party harassment” designed to fill the gap that was thus left in the protection of employees – albeit in a rather limited way. Under s.40 an employer could be made liable for the harassment of its employees by a third party – although only if the employer knew that the particular employee had been harassed on at least two previous occasions and it had not taken all reasonable steps to prevent further incidents. That was a far from perfect provision, but it was at least something that created a positive duty on employers to protect their employees from harassment.