By Jo Faragher on 16 Sep 2011 in HR practice, Recruitment & retention 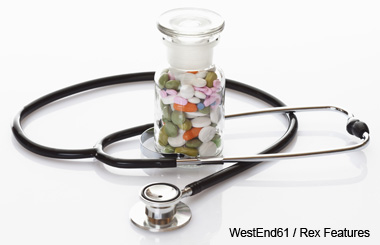 News that the General Medical Council (GMC) is planning an induction programme for doctors who are new to the UK has been welcomed by healthcare employers.

In its first “State of medical education and practice” report, the GMC reveals that approximately 12,000 doctors from around the world start work in the UK for the first time every year. Of the 239,270 doctors that were on the medical register last year, just over 150,000 qualified in the UK. A further 23,000 trained initially in the European Economic Area (EEA) and 66,000 completed their medical undergraduate education overseas.

But, while overseas doctors have helped employers to address skills shortages, there have been some examples of language difficulties, and differences in expectations of UK medical ethics and culture compared with overseas. Language was one of the difficulties cited in the case of Dr Daniel Ubani, an out-of-hours doctor from Germany, who was found guilty of gross negligence and manslaughter after the death of a patient he injected with 10 times the recommended maximum dose of diamorphine in 2008.

Although in its early stages, it is hoped the induction programme will ensure that doctors new to the UK get an understanding of the ethical and professional standards they will be expected to meet. Proposals for the programme will go to the GMC by the end of 2011, and the council will work with employers and professional organisations on its content and delivery. A spokesperson for the GMC said that the implementation of the induction scheme would be a key priority over the coming year.

The GMC’s report indicates that introducing consistency is one of its core objectives. It states: “While there are some good local schemes for supporting doctors who are new to practice, there is evidence of new doctors undertaking clinical practice with little or no preparation for working in the UK, or locum doctors taking on duties for which they have not been appropriately trained.”

Dean Royles, director of NHS Employers, welcomed the proposed scheme. He said: “This will help employers play their part in developing the next generation of doctors. Doctors trained overseas have played a significant part in the development of the NHS since its inception and play a vital role today in delivering high-quality care as part of healthcare teams.

“Care happens best when employers and doctors work together to create a culture of learning in the workplace. Robust procedures such as appraisal, job planning and revalidation will all help monitor the effectiveness of training in delivering competent doctors from the UK and overseas.”

Royles added that NHS Employers will work with the GMC and its partners to ensure that local induction processes meet the needs of doctors and employers.

The GMC’s announcement comes amid a continuing debate around employing migrant workers, particularly in areas where specialist knowledge is required. In 2010, the Government introduced a cap on skilled workers coming to the UK from outside the EEA, which left some employers concerned that it would restrict the recruitment of such workers.

Katerina Rudiger, skills policy adviser at the Chartered Institute of Personnel and Development, said that the induction scheme would apply well to any sector and was long overdue. “This is common sense and I’m surprised no one has thought of it before. If you’re from another country, you don’t always know the rules of the game,” she added.

She also said that the programme would work well if it was developed by someone who has experience of coming to the UK from another culture who could anticipate what the issues are. It need not necessarily be formal, Rudiger added, saying: “Perhaps a buddy or mentor scheme could work, where the doctor who is new to the UK has someone to approach with any issues they might have.”

The full report can be downloaded from the GMC.