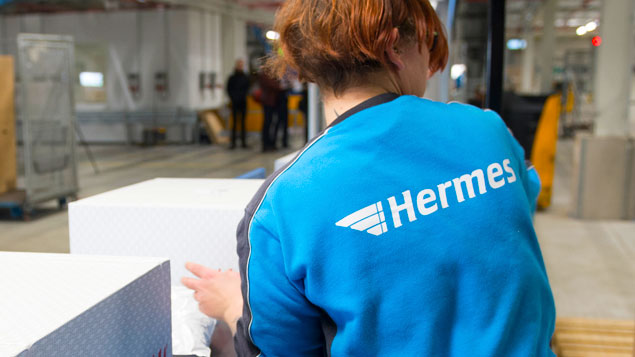 Eight Hermes couriers allege they are being denied benefits such as holiday pay and the national living wage through being forced to identify as self-employed by the firm. If they win the case, the decision could change the way the company engages its workers.

The company describes the drivers as “lifestyle couriers”. They use their own vehicles to deliver goods from household names such as Next, Asos and John Lewis, and their pay is based on the number of parcels they deliver.

It follows a similar case against Uber in 2016, where an employment tribunal ruled that Uber drivers should be considered workers rather than self-employed. That decision is currently being appealed by the company.

The GMB union, which is bringing the case to an employment tribunal on behalf of the Hermes couriers, claimed the couriers worked long hours with unrealistic targets.

“Guaranteed hours, holiday pay, sick pay, pension contributions are not privileges companies can dish out when they fancy. They are the legal right of all UK workers, and that’s what we’re asking the courts to rule on,” said GMB general secretary Tim Roache.

Last year Hermes tried to distance itself from the criticism surrounding the gig economy, suggesting it had “little to do with these so-called gig economy companies”.

Hugo Martin, the company’s director of legal and public affairs, acknowledged that it used self-employed drivers “at scale”, but said its self-employment was “of a traditional kind” and did not use apps or algorithms to set pay rates.

The Government’s Good Work plan, unveiled earlier this year, was criticised for failing to suggest new laws to prevent false self-employment. It instead launched several consultations into plans to improve workers’ rights, including those in gig economy roles.

DPD, one of Hermes’ competitors, has revealed plans to offer self-employed drivers access to benefits such as paid annual leave, sick pay and pension entitlement through a new contract later this year.