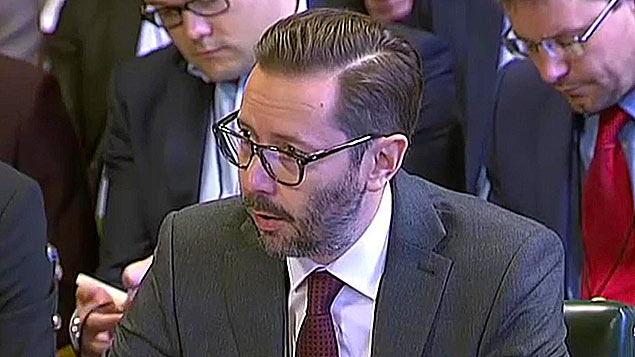 Courier company Hermes has sought to distance itself from the criticism surrounding gig economy employers by claiming its use of self-employment creates opportunities rather than diminishes employment rights.

Speaking at the Westminster Employment Forum yesterday, its director of legal and public affairs Hugo Martin said: “We have little to do with these so-called gig economy companies.

“We’re an asset-heavy logistics business, although we accept that we’ve been brought into this debate because we use self-employment at scale.”

Martin said Hermes employs more than 2,800 people, and engages a core of 15,000 self-employed delivery drivers (up to 20,000 at Christmas), managed by around 5,500 field managers who meet with them once a quarter. Drivers’ pay is based on the number of parcels they deliver and they can request a review of their rates at any time.

“All rate discussions are done in person, not through a faceless app, not set by a pitiless algorithm. Our self-employment is of a traditional kind, we’re not part of the gig economy,” he added, pointing to the courier’s 45-year history.

Responding to the recommendations of this year’s review into modern working practices, Martin argued that Matthew Taylor’s proposed “dependent contractor” status would offer “the characteristics of self-employment with the cost of full employment”, which would make many employers reluctant to hire people on this basis.

“We believe the use of self-employment in itself is not a bad thing. The way it exists in current legislation allows opportunities to exist that otherwise would not,” he said.

We have employment laws that were designed for a different generation, and it’s like trying to fit a round peg in a square hole” – James Davies, Lewis Silkin

He argued that if the company was required to take on only those with full worker or employee status, Hermes would have “around 6,000 van drivers operating on tight service level agreements on the national minimum wage” as opposed to the highly scalable workforce it has now.

Martin recently gave evidence alongside counterparts from Uber and Deliveroo at the Business, Energy and Industrial Strategy select committee on the Taylor review.

He added that Hermes was already giving its self-employed drivers a voice – one of the key recommendations of the Taylor review – through online forums, surveys and focus groups. There is also an internal complaints panel and whistleblower hotline if couriers feel they need to raise concerns.

Yesterday it emerged that the Government’s official response to the Taylor review is likely to be delayed until early next year.

He said: “We have employment laws that were designed for a different generation, and it’s like trying to fit a round peg in a square hole. Furthermore, cases tend to ride on what happens in practice, rather than the letter of the contract.”

Seamus Nevin, head of employment and skills policy at the Institute of Directors, argued that “platform work” (working through apps or online platforms) offered access to the labour market for many who might have historically struggled, and that this mode of working would become more important as automation impacted employment.

“People increasingly prefer the autonomy that flexible working provides but this must be two way,” he said. “Employers that use it as a cheap substitute for full-time workers must be discouraged, and there should be clearer communication so individuals know the risks and benefits of the work they’re taking on.”

But Hannah Reed, senior employment rights officer for the TUC, argued that the Taylor review did not go far enough to ensure that this flexibility cuts both ways.

“Labour insecurity is too often concentrated among those who already face labour market disadvantages, such as women, ethnic minorities or those living in areas of deprivation,” she said.

She added that there was a pressing need for greater worker representation in the gig economy. “Look at the way organisations such as Equity and Musicians Union have represented self-employed actors and musicians and helped set floor rates. We need to look further at the way gig economy employees are taxed, and the employers that use them.”