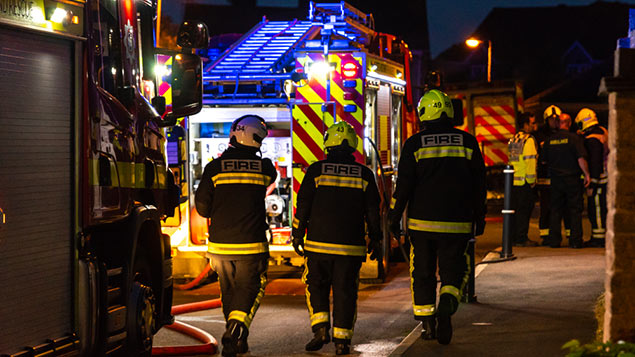 Some of England’s fire and rescue services have a “toxic, bullying culture”, a lack of diversity and require significant reform, according to an independent inspection.

In a report published yesterday, Her Majesty’s Chief Inspector of Fire and Rescue Services, Sir Thomas Winsor, also found that the influence of the Fire Brigades Union (FBU) prevented reform in some areas.

In its first annual report, HM Inspectorate of Constabulary and Fire and Rescue Services (HMICFRS) said that fire services would benefit from a code of ethics, which would reinforce how everyone should be treated and how they should treat others – staff at all levels would be empowered to challenge any behaviour contrary to the code.

We utterly refute any suggestion that the FBU have ‘undue influence’ on our service.” – Matt Wrack, FBU

The inspectorate graded England’s 45 fire and rescue services (FRSs) on three aspects of their service: their effectiveness, their efficiency, and on how well they look after their people. Only 16 services were graded good for all three aspects.

For their approach to staff, 18 FRSs were graded “good”, 25 “required improvement” and two services – Avon and West Sussex – received “inadequate” grades. No FRS was deemed “outstanding”.

Sir Thomas said: “We have seen much of which services can and should be proud. We have seen their commitment to their profession and their communities, impressive lifesaving prevention initiatives and their highly skilled emergency response.

“But we have also seen some worrying themes. In particular, some services are not doing enough to make sure buildings are safe for the public. We have also identified barriers the sector faces to becoming more effective and efficient. I am particularly concerned by a notable lack of diversity in the workforce, and, in some services, a toxic, bullying culture.”

HMICFRS added: “We have come across some outstanding examples of culture in some services. The best cultures are inclusive and diverse, with committed staff working to common goals. But the culture in some services is toxic. We have come across cases of active bullying and harassment. Disturbingly, some people we spoke to seemed to find the poor treatment of staff by other colleagues amusing.”

Sir Thomas also highlighted there being “unjustifiable variation” in the level of service the public receives across the country.

He said the FBU had a proud history of protecting and improving its members’ rights and recognised the importance of strong trade union representation. “However, the influence of the FBU is considerable in some services,” he said. “I believe it goes too far and is sometimes contrary to the public interest. This is not acceptable: the FBU should not unduly dictate how fire services are provided.”

He gave an example of a team formed to respond to marauding terrorist firearms attacks in Manchester whose members had withdrawn their labour as a result of a pay dispute between the FBU and the service. “As a result, this capability is now being provided by firefighters from Merseyside. A city the size of, and with the risk profile of, Greater Manchester should not have to rely on firefighters from a neighbouring city to provide this function,” said Sir Thomas.

Matt Wrack, FBU general secretary, responded: “We utterly refute any suggestion that the FBU has ‘undue influence’ on our service. We are the democratically elected representatives of professional firefighters. They know best about their service and should have a strong voice in how it is run. Indeed, the chief inspector notes the importance of strong trade union representation.

“Operational fire service matters are intrinsically linked to the health and safety of firefighters and are therefore at the core of our work as a union. Our union has a proud, 100-year history of improving safety for both firefighters and the public as well as leading monumental changes to fire safety regulations.”

On the levels of diversity, Wrack said the issue needs to be seriously addressed. “Since the government scrapped equality targets, there have been no means to hold chief officers to account for their failure to hire firefighters representative of the communities they serve.

“We have long campaigned for and promoted equalities issues in the fire service, but the total lack of recruitment over the past decade has prevented any serious progress in improving diversity.”

He described the allegation of bullying in some services as “incredibly worrying”, but said that FBU surveys have identified that bullying largely “emanates from the very top of fire and rescue services”.