How will your star teams perform now they’re working alone? 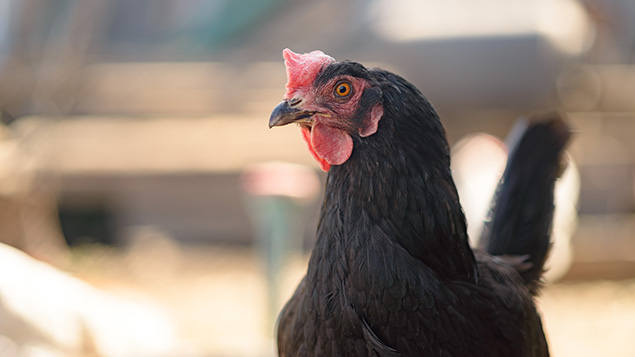 Your high performers, or 'superchickens' work better when they're together, so how can you recreate the 'coop' at home?

Your star performers, or ‘superchickens’, work better together. So how can organisations build social cohesion when everyone is working virtually, asks Alistair Shepherd?

You have a team of high performers who work well together in the office, they’re hitting targets and feeling engaged. Now, as the majority of teams transition to remote work, will your high performers be just as productive? Are they superchickens?

Coronavirus and your workforce webinar: Employee engagement and employer responsibilities

Remote working makes it more difficult to foster a sense of team. There’s much less interaction, it’s more difficult to have those essential informal conversations and there’s little visibility on what everyone is working on day to day. While many leaders trust their team members, will your team trust each other and continue to work together while apart?

There’s a TED talk by management expert Margaret Heffernan that refers to a study by William Muir at Purdue University on ‘the superchicken model’.

In summary, the productivity of two flocks of chickens was measured over six generations. The first, an average flock in terms of egg production and the second, super productive egg machines.

Over the generations the ‘average performers’ maintained a steady production of eggs, but the superchickens didn’t. Their high-performance mission led them to destruction. In trying to succeed it was the competition, not the chickens, that won and only three of the top performers survived.

Star performers aren’t what drives high performing teams, it’s the social cohesion between the team members; asking each other for help, collaborating on projects and working together to develop new ideas.

For managers and organisations, this means persuading employees that collective performance is more important than their individual performance and this means making space for and rewarding activities that promote team cohesion not just executing tasks.

If companies focus on teams over individuals, we’ll all achieve much more. So how can organisations replicate this in the remote situations we find ourselves?

One of the biggest mechanisms that impacts the performance of a team is the degree to which they have “psychological safety” or trust.

Leadership guru Amy Edmondson, the pioneer of this principle, defines psychological safety as “a climate in which people are comfortable expressing and being themselves”. She argues that when people have psychologically safety at work, they feel comfortable sharing concerns or in mistakes without fear of embarrassment or retribution.

The good news is that there are still plenty of techniques that help build psychological safety that work in a remote environment. Here are four useful tactics:

Regular one to ones

If this becomes too much, then dial it back after the first couple of weeks – but don’t schedule and then cancel. Reduce the frequency if you need to but don’t renege on your responsibility as a leader – your team need dependable time with you one to one.

Over-communication breeds clarity before it breeds annoyance. Remember, no matter how small a decision or short a conversation, try to summarise important project updates or meeting notes and share them with the rest of the team. Unlike in the office where informal conversations fill in the gaps, remote teams need to consciously over communicate.

Try to remember that if you haven’t told anyone about what you’re working on, or you shared a new idea with only one person in your team, the rest won’t know about it. Share as much as possible to encourage collaboration and reduce duplication. A team of stars are likely to be full of great ideas, get them working together to make the best ones a reality rather than working on various ideas in silos.

Start every meeting with an ice breaker

Psychologist and author Adam Grant says that “the most powerful step for building trust is self-disclosure: sharing something personal and vulnerable”. Social interactions don’t happen by chance any longer so they need to be intentionally crafted into day to day work.

In a face to face meeting people rarely get straight into the content of the meeting, there’s chatter while walking to the meeting room or setting up equipment.

Remote meetings should be the same, so build five or 10 minutes into every meeting for an informal chat. Typically, we’d ask what our colleagues got up to at the weekend but, as activities are limited at the moment, an ice breaker might work better.

Being personal with your teammates will help you bond, especially if you find something you have in common.

Giving everyone the chance to speak at the beginning of a meeting also helps increase engagement and participation throughout the rest of the call.

Having shared goals will encourage your team to work together. Give them the chance to work as a team to set their goals, with your guidance as a manager help them turn organisational goals into shared goals that resonate with the whole team.

Make sure you regularly check in on goal performance as a team rather than individually.

We also recommend starting your journey as a remote team by defining a new set of team norms. Having a shared, documented set of norms makes it safe for anyone in the team to flag behaviour that is outside of these norms and, more importantly, ask why it’s happening.

If teams can establish a strong foundation of trust based on their norms, this is a fantastic basis for other positive outcomes like healthy conflict, increased psychological safety and overall better teamwork.

Technology can support remote team management, for example through regular nudges that make it easy to get into good habits, or guided sessions that help teams to have structured conversations. This can have a significant impact on the quantity and quality of the interaction between peers.

After all, as Heffernan pointed out, ‘companies don’t have ideas, only people do’ – even when they’re not in the same room. 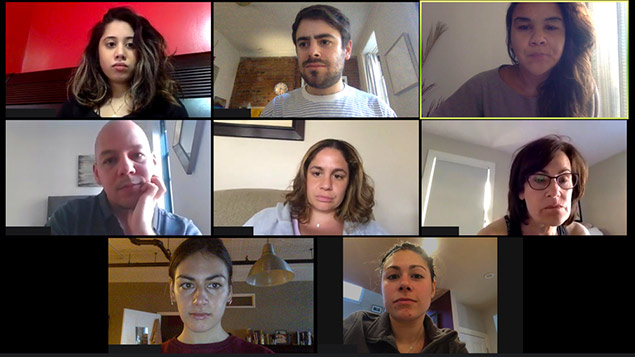 We’ve all encountered them: the lengthy video meeting that appeared to have no purpose, or could have been condensed into...