By Jo Faragher on 29 Aug 2012 in Careers in HR, Bullying and harassment, The HR profession 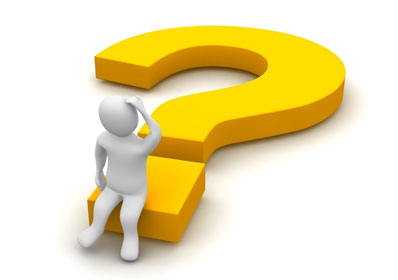 Unless you decide to stay in one role for your entire HR career, it is likely that you will gain experience in both large and small organisations. Recent research by the Chartered Institute of Personnel and Development found that HR has just as vital a role to play in driving performance in small and medium-sized organisations (SMEs) as it does in larger companies, where there may be more resources and specialists dedicated to different aspects of HR. In some cases, the issues will be the same – it will just be a question of scale.

If you are planning a move from a small company to a larger employer, or vice versa, here are some of the main differences you might encounter.

Jack of all trades: “In small companies you are the HR department, which means you have to be a generalist with a very broad skill-set,” says Robert Purse, an interim HR director who has worked for both small and large companies. The upside of this, of course, is that every day is different, and you can gain experience of a variety of issues very quickly, which will benefit your career in the long term.

Help! I need somebody: Smaller organisations tend to need “hand-holding” through many HR processes and worry they may get something wrong, according to Helen Straw, founder of HR consultancy The Personnel Partnership. This means they often seek support with both the operational and strategic side of HR, especially when it comes to legal issues.

Less risk-averse: Younger companies in particular will tend to just get on with things in order to grow faster. “If there are no policies or procedures or precedents for an issue, decision-making can be stifled in big companies, whereas in small companies there’s more of a ‘just-do-it’ attitude,” says Richard Townsend, director at Strategic Flair, and a former HR director at a number of large companies.

“Ignoring” the rules: Rapid expansion and lack of resources or experience may mean that smaller employers turn a blind eye to rules such as Working Time Regulations or disciplinary procedures – preferring instead to deal with these issues informally. If this isn’t what you’re used to, it may come as a shock.

Diplomacy is key: In a smaller organisation founded by entrepreneurs, you may be working side by side with the people who grew the business from nothing. “Founder directors can be very sensitive and take criticism personally, which means influencing skills are critical,” warns Purse.

Adapting to new surroundings: “Where I’ve experienced people really struggling is when they move from large organisations into smaller ones, as they’re not used to thinking through multi-discipline, multi-stakeholder tasks and activities,” says Stephen Dixon, head of HR services and projects at airports operator BAA. Often, people who move from larger companies expect the levels of support they may have had before, and it can take a while to get used to using what’s available to you.

The bigger, the better?

Career advantage: Working for a larger employer, particularly if it’s multinational, could give you opportunities that otherwise would not be open to you in a smaller company. Donna Miller, European HR director for Enterprise Rent-A-Car, has relocated four times in her 22 years at the rental car company. “It’s a distinct advantage that you can move and also work with people from every country in which we operate. I work with people who worked in a lot of places,” she says.

Specialisation and delegation: Many larger employers boast an army of specialists in their HR function, so if there’s an area you would like to focus on (such as reward or engagement), then a large company is a good place to start. It’s also easier to delegate certain aspects of the function, such as payroll, to discrete departments. Both types of company can, of course, also outsource these functions – but perhaps for different reasons.

More bureaucracy: In some larger organisations, years of doing things “its way” can make decision-making a slow process – something you might find difficult to adjust to if you have come from an entrepreneurial background. But this also means the company is less likely to be exposing itself to risk, says Carlos Chapman, human capital director at IT consulting company Neoris in Argentina. “While in large companies, decision-making was fundamentally policies and procedures driven, in smaller companies I was asked to run more risks, leaving decision-making based more on personal criteria,” he says.

State of the union: “Some larger organisations can be unionised, whereas a lot of smaller organisations aren’t, so you may need good negotiation skills,” says Straw. Experience of industrial relations – or at least some evidence of transferable negotiation or mediation skills – will prove an asset if you are looking to move to an employer with union representation.

Support where you need it: That said, whether it’s a union gripe or a grievance that threatens to go to an employment tribunal, you will receive much greater support from a larger organisation. Straw adds: “In my experience, larger organisations may be more likely to go all the way, for example with a tribunal claim, whereas smaller companies don’t necessarily have the available funds, time or resources to defend a claim. For them, it’s often a commercial decision as opposed to a decision of ‘principle’ when dealing with claims.”

Family feeling: Just because you work for a company employing thousands of people, it does not have to mean that HR sits in an ivory tower. HR at Enterprise Rent-A-Car, for example, is structured in such a way that each region has its own HR function, and often each of these functions operate like small businesses. “We have 10 HR teams around the country, employing generalists, recruiters and training people. It’s all done locally, decentralised,” says Miller.

For many, it will be a question of finding where you’re most comfortable: with the resources and support of a larger company, or the variety and challenge of working for an SME. But it’s possible to take the positives from both and enjoy a well-rounded career.

If you are thinking of taking the next step in your HR career, visit Personnel Today Jobs.