By Jo Faragher on 17 May 2013 in HR strategy, Recruitment & retention 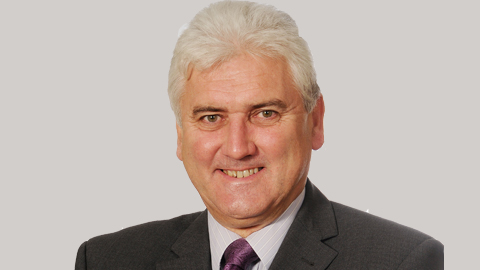 Managing HR in a business where the very nature of what it does means it is going to get smaller is a challenge few might relish. But Andrew Donovan, HR director at nuclear decommissioning company Magnox, seems to take it all in his stride. At 2012’s Personnel Today Awards, his HR team secured the top accolade of overall winners, along with the award for talent management.

Magnox is the management and operations contractor for 10 nuclear sites across the UK, which are owned by the Nuclear Decommissioning Authority. Nine of those sites are in various stages of defueling and decommissioning, and all have stopped generating electricity apart from the Wylfa site in Wales. The commpany also operates a small hydro-electric station at Maentwrog in North Wales.

To illustrate the people challenge the company faces, it has had to reduce headcount by around 20% as sites “defuel” and close. At the same time, it has had to balance this with bringing in specialist project management skills and re-skilling workers in new areas such as waste management and hazard reduction. On the one hand, Donovan’s HR team has had to prepare workers emotionally with the possibility they may no longer have a job, while on the other it has had to source new people in a competitive recruitment market.

Added to this, the company has been successful in extending the working life of some reactors. While this has been good news for the workforce in those sites, an ageing workforce has meant Magnox has had to replace experienced staff as they have left – and the uncertainty over how long the sites will continue to operate has, to some extent, affected productivity.

“It’s a contradiction recruiting and losing people at the same time,” says Donovan. “You have to communicate at all levels – getting people to understand the changing needs of the business and the reasons why we’re doing it. We have also given the workforce the opportunity to reskill and retrain in areas where we need skills, such as waste management. For some people this meant small changes, for others they were big.”

The company takes a thorough approach to what it calls “transition management”, supporting workers through the knowledge that their working life at a particular site may have an end date and developing their skills and offering outplacement services where appropriate.

“We spend a lot of time on transition management at sites where there is a phase change, where there will be significant number of people no longer required. We ask for peoples’ aspirations. They can express desire to stay with us, or not, or think about what sort of work they might be interested in,” explains Donovan.

Magnox has so far reskilled more than 50 employees to key areas, and despite the level of headcount reduction required, managed its downsizing activities with no compulsory redundancies. Those who are prepared to move to other sites owned by Magnox or to accept work with one of its supply chain partners are supported in doing so.

The HR function itself has undergone a lot of change over the past three years, according to Donovan. It has moved from a structure where there were HR managers in place in separate sites or divisions to one where there is a small core team in the middle, supported by business partners in different focus areas, as well as centres of expertise in learning and development, employee relations and HR policy. There is a shared services centre that handles all the transactional HR needs of the company’s 3,500 permanent staff and additional contractors.

“We used to have an HR manager structure, but changed that as we brought the transactional activities away from the sites,” Donovan says. “You could argue there’s not much in a name change, but it did signify that we wanted to do something different; there’s a different focus.”

Magnox has also developed close relationships with its partners – something that offers some security for a workforce undergoing such deep transition. It has a strategic relationship with Capita to supply contract workers, as well as partnerships with companies that supply specialist skills such as asbestos removal. It is also in a three-party arrangement with engineering companies AMEC and Jacobs, where – as the need for staff reduces at various sites over the coming years – there may be future employment opportunities for Magnox staff. Another key part of this arrangement is that these companies help to train and develop Magnox employees.

Donovan describes a “cooperative” relationship with the trade unions represented at Magnox, and says that they understand any actions the company has taken in order to minimise compulsory redundancies: “We’re trying to achieve the same thing at the end of the day – that people who leave the organisation understand the reason why, and are helped along with whatever they want to do. We aim to be hands-on and supportive. When people resign or retire, we really have to question whether we replace them.”

With so much change happening around them, maintaining engagement levels and retention among the remaining workforce is vital. Donovan and his team have worked hard to develop robust succession planning and performance management processes, and in the past two years 70% of mid-level talent have either been promoted or have taken on significantly larger roles. The pay structure rewards performance, rather than time spent at the company.

At the same time, HR spends a lot of time at individual sites, whether that is to answer questions about upcoming site changes or to discuss skills development with staff.

“Personally, I’m happier on one of our sites than in the head office. Hopefully I’m influencing people there and helping them,” Donovan says. “That’s my style as an individual, and to be honest I think most of the senior team in the business, not just HR, are the same way. We believe in visible leadership, going out and seeing how things are being done and talking with the workforce.”

Two of the Magnox sites will go into a state of “care and maintenance” over the next two years, which will bring more challenges for HR at the company. Going into care and maintenance means there will only be a skeleton staff on site, compared with around 200 staff at each reactor at present. In addition, the contract to manage the sites for the Nuclear Decommissioning Authority is up for review next year, which may mean the management of the reactors goes to another consortium of companies.

“The challenge for us [at the two sites] is to maintain motivation, encourage productivity and retain staff until the end, at a time when most staff will be leaving Magnox,” says Donovan. “We’ll also be under increased pressure to deliver more for less.”

But for Donovan, who has more than 30 years’ experience in the nuclear industry and seven years at Magnox, this will simply be business as usual. “Some HR people would prefer to work in a business that’s all about growth, making acquisitions, bidding for business. We have HR people who are very competent and who just want to do a good job for the business as a whole. If you provide a responsive, quality service to a good standard, you get respect and credibility.”