HR leadership: putting people at the heart of general management

By Personnel Today on 31 May 2013 in Working life, HR strategy, The HR profession 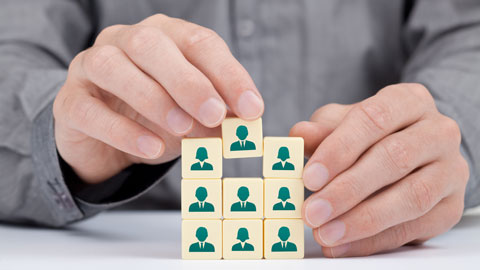 HR consultant Paul Kearns concludes his three-part series of articles on HR professionalism by asking if HR can combine its role of administrative support function with its remit to drive the people aspects of organisational strategy.

Is HR a support function or a strategic player? And are those two roles complementary? This is a debate that has been raging in HR circles for many years (see the recent Personnel Today article on getting back to basics), but it has not taken up as much precious time in the boardroom as we might have thought. Ask executives what they want from HR and you will find they are still pretty clueless.

If you work in HR, your views will very much depend on why you came into the field in the first place. Those who like doing administration, recruiting and handling grievances and disciplinaries might feel reassured that working for clueless executives offers greater job security, but clueless executives tend not to run sustainable businesses. On the other hand, if you came into HR to make a real difference – not just for one organisation, but for society at large – then working with executives who do not share those higher values will just lead to frustration. There has to be a better alternative.

You might want to start by asking your executive team what motivates them: is it the greater good or their next bonus? Of course, life is never that black and white, and individual patterns of motivation are notoriously complex and often unfathomable. It is not very helpful either to be judgemental about this. Management is not a Hollywood film of the “goodies” versus the “baddies” – although much of the HR literature produced over the past 20years or so is certainly pure fiction. So let us go back and re-write the script one more time, only this time we need to start getting it right – and that means re-visiting the very purpose of HR.

A more useful question to put to your executive team is a very old one: “Are we managing all our resources in the best way possible?” This assumes, of course, that this is what they believe they are there for. If we rephrase it slightly, to make it more focused on the people dimension, we can ask the simple but leading question: “Are we getting the best value from our human capital?”

Helping the executive answer this question is the raison d’être of HR in the 21st century.

Obviously, providing the means, methods and practices to resolve this conundrum requires HR professionals of the highest calibre, not the sort who think HR is about “admin”. It demands the sort of professionalism that we expect from the medical profession, otherwise why should anyone in the boardroom listen to what HR has to say?

That level of professionalism has to be based on clear evidence of what works, so the sort of HR function that we are describing here is intrinsically evidence-based. This, in turn, demands that the bodies that exist to train and develop the next generation of HR and learning and development professionals – for example, the Chartered Institute of Personnel and Development, US HR body the Society for Human Resource Management (SHRM) or the American Society for Training and Development – have to be able to teach evidence-based approaches. Unfortunately, none of them currently are in a position to do so.

In 2010, SHRM started to develop standards in HR that were supposed to become recognised as national standards, accredited by the American National Standards Institute. Their ultimate goal was to then use these as the basis for developing international standards under the International Organisation for Standardisation’s technical committee 260. In December 2012, after SHRM had sent out for comment its proposals for a standard on “investor metrics”, the reactions were so negative that it was immediately withdrawn and all development work terminated. Ironically, one of the strongest and most vociferous reactions against the proposals came from the American HR Policy Association. In a letter to Lee Webster, SHRM’s director of HR standards, the association bluntly stated: “[We] were taken aback that the SHRM would propose yet another significant new regulatory burden.”

Bearing in mind that the HR Policy Association is the “the association of chief human resource officers (CHROs)” in the US, representing some of the very biggest and most well-known corporations, this is a damning rejection. Yet it reveals more about these CHROs and the general management teams they support that they see human capital reporting as a “regulatory burden” when in fact it should be an integral and essential part of the way their corporations are managed. They refer to “significant concerns” that “the investor metrics standard raises regarding the disclosure of strategic data relevant to a company’s competitive position”. So it appears that CHROs are rejecting external human capital reporting in principle, not just SHRM’s ill-conceived proposals.

So where is HR today? Even if general managers want to manage human capital to the best of their ability, they do not want to report on it and do not know how to do it professionally. They see SHRM’s new tools as more of a hindrance than a help. SHRM cannot even get CHRO’s to agree with them.

In the process, significant damage has already been done to HR’s professional reputation. How can we be taken seriously if we fundamentally disagree with each other? How would a CEO know which “professional” to turn to for advice? Fortunately, the future should be brighter. When radical change is called for, a burning platform produces the necessary impetus. So while HR internationally is looking down into its own sinkhole, so is general management. If we want to shore each other up, our only chance is establish the sturdiest, most robust evidence-based, professional standards that we can.