Jobs in North and the Midlands at high risk of automation

By Ashleigh Webber on 29 Jan 2018 in Artificial intelligence, Automation, Redundancy 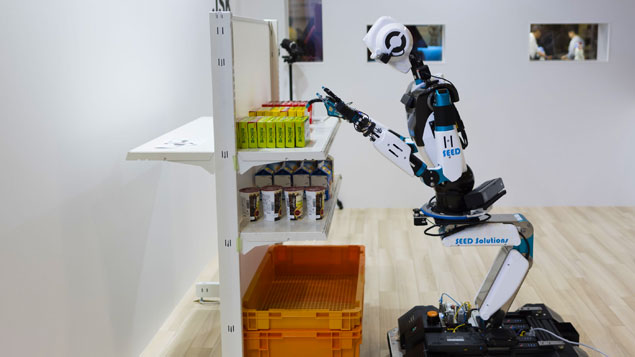 A robot stocks a shelf during RoboCup, Japan Aflo/REX/Shutterstock

One in five jobs in UK cities could be displaced by automation by 2030, with those in the North and the Midlands the most at risk.

According to think tank Centre for Cities, around 3.6 million jobs in roles such as sales assistants, retail cashiers and warehouse positions could be replaced by artificial intelligence or automation within the next 12 years.

Its Cities Outlook 2018 report said cities in the north of England and the Midlands are the most exposed to job automation with 23% of positions likely to be lost, compared with 18% in southern cities.

The future of HR: Embrace technology, but stay human

Around 29% of the workforce in Mansfield, Wakefield and Sunderland is predicted to be replaced by 2030. This is in contrast with jobs in Oxford and Cambridge, which have the lowest expected level of displacement at 13%.

Despite this, the number of jobs in cities across the UK is expected to increase by 2030, with the emergence of new industries and technology likely to create roles that do not currently exist.

Andrew Carter, Centre for Cities chief executive, said the Government and local authorities needed to do more to reduce the risk of job automation.

He said: “That means reforming the education system to give young people the cognitive and interpersonal skills they need to thrive in the future, and improving school standards, especially in places where jobs are most at risk.

“We also need greater investment in lifelong learning and technical education to help adults adapt to the changing labour market, and better retraining for people who lose their jobs because of these changes.”

The think tank predicted that about half of future job growth would come from the public sector. Looking to the private sector, it said cities in the South were likely to see an increase in high-skilled roles, while those in the North could expect a rise in lower paid, lower-skilled private sector jobs.

According to the Institute for Fiscal Studies, workers aged 25 or over who are set to earn the minimum wage in 2020 are twice as likely to be in the top 10% most routine occupations than those in 2015, putting their roles at risk of automation. It said jobs that involved “working to set limits and standards” and “finger dexterity” were the most likely to be replaced by machines.