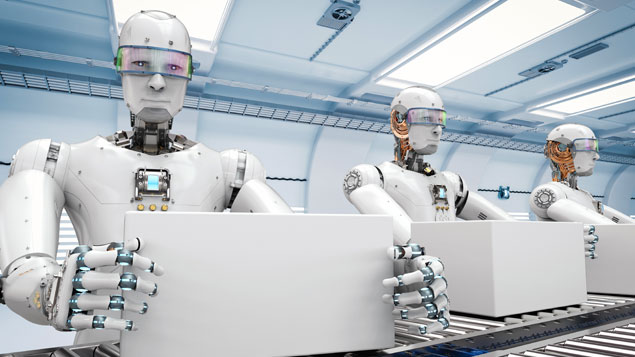 Automation is one of the pressures changing the workplace, and could have an impact on health and wellbeing

The rising national living wage could leave some routine jobs at risk of automation, according to a report by the Institute for Fiscal Studies (IFS).

The research body claims that workers aged 25 or over who are set to earn the minimum wage in 2020 are twice as likely to be in the top 10% most routine occupations as those paid the minimum in 2015. It suggests that, in future, such occupations could be carried out by machines, thus saving employers money.

The IFS said in its report: “A £100 per hour minimum wage would make most employees too expensive to employ and, hence, lead to them being unemployed.

“The important question is at what point before we get to that extreme case do the significant negative effects on jobs (and/or hours of work) start to materialise?

“Evidence on employment effects to date suggests we had not got to that point by 2015 – but we would get there at some stage if the minimum wage continued to move up the wage distribution.”

However, it noted that the replacement of low-paid workers with technology would be unlikely to happen immediately and would possibly only affect tasks that involve “working to set limits and standards” and “finger dexterity”. Jobs that involve “undertaking direction, control and planning”, “hand-eye-foot coordination” or “mathematical and formal reasoning”, such as nursery attendants and waiters, would be unlikely to be replaced.

It said: “It is notable that the increases in the minimum wage that have already occurred over the past two years account for much of this – they have resulted in an especially steep rise in the ‘automatability’ of affected occupations.”

The IFS noted that automation could however create new jobs, such as people to service machinery, while the rising minimum wage could result in the upskilling of workers, allowing them to remain in employment.