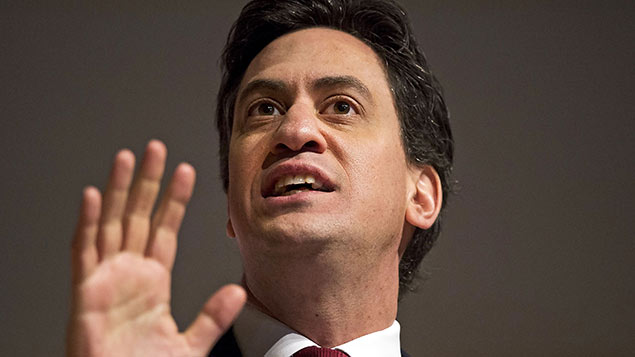 New fathers would have the right to take four weeks’ paternity leave, an increase from the current two weeks, and receive statutory paternity pay of £260 per week, (it is currently £138).

Decide the organisation’s policy on shared parental leave and pay

Labour leader Ed Miliband will announce today: “Too many dads don’t take up their rights because they feel they have to go back to work so they can provide for their family. So today we are announcing plans to double paid paternity leave and ensure the money available is as good as the national minimum wage.”

The opposition said the move will be funded by a reduction in the amount of tax credits paid to working families as they take advantage of a planned increase in state-funded childcare from 15 to 25 hours per week.

Labour added that research from the Institute for Public Policy Research (IPPR) suggests that offering four weeks’ paid paternity leave will cost £150 million per year, assuming a take-up of 70%, up from the current 55%.

However, business groups have criticised Labour’s plans. “Expansions of parental leave may win votes, but come at a real cost to business,” said John Longworth, the director-general of the British Chambers of Commerce.

Rachel Reeves, the shadow work and pensions secretary, told the BBC that good employers will support Labour’s plans: “This is exactly what people used to say about maternity leave, that it was a big burden on businesses. But the reality is, what good businesses know, is that it is really important to keep women in the workplace once they have children and not let them drift off because they can’t manage work and family life. That’s increasingly the case for dads.”