Corbyn vows to “rebalance power” in the workplace

By Ashleigh Webber on 26 Sep 2018 in Childcare, Latest News, Job creation and losses 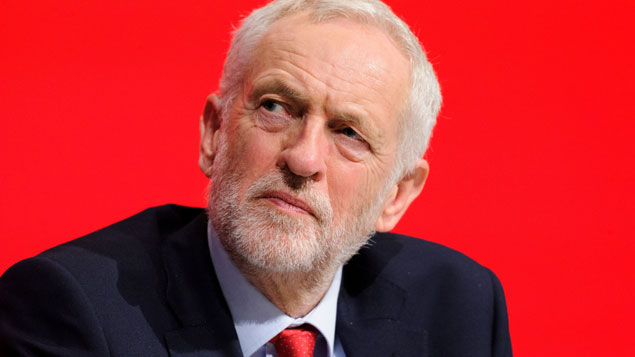 Labour will “rebalance power in the workplace” if the party wins power, Jeremy Corbyn said in his speech closing the party’s conference today.

Its pledges include a “green-jobs revolution”, increasing the hours of free childcare available to working parents and giving employees more say in the make-up of company boards.

Under a Labour government, 410,000 skilled jobs will need to be created to meet its aim of generating 60% of energy from low carbon or renewable sources by 2030, announced Corbyn.

What are the main points to look out for when producing a job description?

The party plans to set aside £12.8bn for subsidies to insulate homes in its first term – which will create around 160,000 of the new jobs.

He said its energy plans will “bring skills and security to communities held back for too long” and will make Britain “the only developed country outside Scandinavia to be on track to meet our climate change obligations”.

His promises also included an expansion to the amount of free childcare available to parents of two-, three- and four-year-olds in England.

Under a Labour government, families would have 30 hours of “genuinely free” childcare, but extra means-tested subsidised hours will be offered on top of this – free for those on the lowest incomes and capped at £4 an hour for the rest.

Working parents are currently offered 30 hours of free childcare during term time. Corbyn claimed that this is “free in name only”, whereas Labour’s system will be a “universal” offer.

He pledged to improve the pay and skill levels for those who work in childcare with a 10-year plan to shift to a graduate-led workforce. It would introduce a national pay scale for all early years workers – 98% of whom are women and 85% of whom earn around the minimum wage – starting at £10 an hour.

He said: “We will rebalance power in the workplace, but I say to businesses large and small: Labour will also deliver what you need to succeed and to expand and modernise our economy.

“More investment in our transport, housing and digital infrastructure. More investment in education and skills, so workers are more productive. Action to save the High Street, as Rebecca Long Bailey set out yesterday. And action to deal with rip-off bills that hit us all.

“But most of all, commitment to a Brexit that protects jobs, the economy and trade, and determined opposition to one that does not.”

The Labour Party Conference in Liverpool also saw the party promise to develop a new national Substitute Teacher Register to allow schools to book the teachers they need at short notice from an accredited government list.

Shadow chancellor John McDonnell also outlined plans that would require all companies with 250 or more staff to give shares to their workers worth up to £500 a year.