Leadership: putting the trust back into business 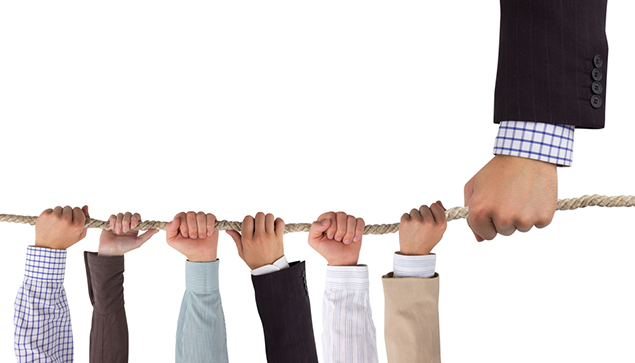 After years of financial crisis, leadership trust is at a low. How can HR put the trust back into business and which organisations are getting it right? New research from the CIPD sheds some light on how employers can do things differently and regain employees’ and customers’ respect.

Scandal after scandal from some of the world’s best-known financial institutions and organisations has taken its toll on trust. The public has lost faith in organisations and leaders that were once widely revered as beacons of reliability and certainty. Now senior executives face the thorny challenge of repairing that trust.

Six years on from the financial crisis, society has had time to look beyond these individuals and question the culture of these organisations, with some even laying blame with HR for appointing leaders who have subsequently failed their employees, and for not addressing their performance.

But it is not all finger pointing and hand wringing. Research at the University of Bath has highlighted 22 significant public- and private-sector organisations that have bucked the trend.

The three-year research project, led by dean of the University’s School of Management’s Professor Veronica Hope-Hailey, in collaboration with the CIPD, interviewed leaders and employees in organisations such as the John Lewis Partnership, Unilever, BAE Systems, BBC Worldwide, the commercial arm of the BBC, HM Revenue & Customs, GKN and the NHS.

They found that throughout the aftermath of the crisis, through waves of downsizing, restructuring and salary cuts, these organisations and individual leaders maintained and even increased the trust of their customers and employees, despite all those around them losing ground.

So what were they doing differently? Leaders steadfastly held their teams to account, but combined this with a natural sense of concern for others. They shared an old-fashioned benevolence that motivated them to get to know customers and employees at a personal level, on a daily basis.

They recognised that their own leadership style was not just shaped by their immediate work environment and the structure of the organisation, but also by their families, friends and personal history which formed them as human beings.

Being sufficiently human to admit mistakes and flaws, made others trust them more. And these high levels of integrity had an impact on their bottom line.

The research showed that for high trust to be generated in organisations, there has to be a reciprocity of trust. Teams need to able to forgive mistakes and still trust their leaders; and leaders need to demonstrate that they trust their staff by not engaging in unnecessary monitoring or micro-managing.

So why are so many other organisations failing to deliver this sort of leadership? HR leadership selection and development systems are increasingly sophisticated, but you cannot detect a person’s benevolence and integrity through a one-day assessment centre.

Many of those interviewed in the research project agreed with the sentiment of one HR director, who said that he thought the head office car park attendant had better reliability for predicting the trustworthiness of leaders than HR systems. Why? Because the car park man watched these leaders’ behaviour when they thought no one else was looking.

Benevolence and integrity can be judged through knowing and observing someone’s behaviour over time. But it can also can be gauged by asking them about their contribution to the legacy of the organisation – what will they leave behind as a contribution for future generations?

Look at the whole person

Questions and assessments like these require organisations to not simply consider how someone delivers results, but also the nature of the whole person, the rounded nature of the leader in work and in society.

One technique is to use “whole person interviewing”, an approach used by the John Lewis Partnership. They say this allows them to look at “the range of [an applicant’s] career and not just their permanent job”, so that “the whole light and colour of the individual” shines through.

The HR directors we spoke to accepted that some of their own HR techniques had crowded out personal judgement on the part of business leaders. They admitted that in the past they had placed too heavy an emphasis on the tangible aspects of leadership such as ability or competence and too little on the intangible; the intuitively identified aspects like benevolence and integrity.

For customers and employees, what they see is a generation of self-serving and individualistic leaders, and this drives them away. When selecting and supporting our leaders of the future, focusing on the human and building trust will stop this happening again.

To find out more about the research read the CIPD report, Experiencing trustworthy leadership.