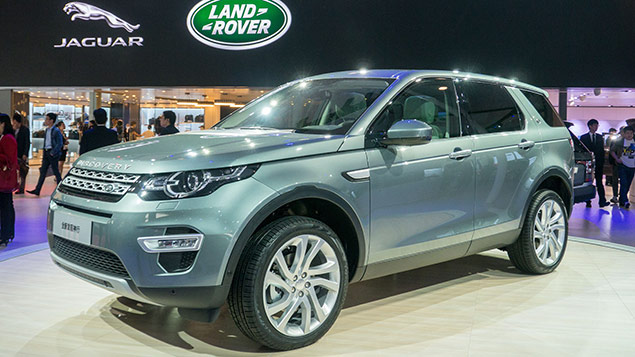 It was a welcome boon for the UK economy – particularly at the start of an election year – when Jaguar Land Rover (JLR) announced plans last month to create 1,300 new jobs at its Solihull factory. Jo Faragher reports on the carmaker’s recent overhaul of its learning and development.

The workforce at the plant has almost doubled over the past three years  –  to more than 9,000 – as the company launches new products, including a new sports utility vehicle (SUV), which will go on sale next year.

Behind the scenes, JLR has also made radical changes to how it trains and develops its rapidly growing workforce across the UK.

In the space of six months, the firm has reduced its training supplier base for personal and business skills from more than 170 to just five. Furthermore, its slimmed-down group of L&D suppliers had just two months to develop 63 training and development modules.

“Before, we had pockets of different bits of learning but no one had looked at the whole picture – it had grown organically over time,” explains Sarah Richards, JLR’s head of learning and development. “It did not look or feel as you would expect for a premium brand like ours,” she adds.

Fit for the future

Because of the company’s rapid growth, staff had joined the organisation and brought new suppliers with them, and there was inevitably some duplication and not enough consistency.

“It was a natural part of the journey to make our learning offer fit for the future,” says Richards. Central to this aim was to create a learning culture, where learners drive their own development and pick and choose the programmes that suit them.

JLR also came up with four key values against which it could benchmark learning opportunities. Under the acronym WAVE, they had to be world class, award winning, value adding and engaging.

“Previously an end user could go on a course and think they had seen it before; now they get what they are expecting,” explains Mark Wheatley, client director at consulting firm Lane4, one of JLR’s suppliers.

Under the new regime, courses are more like “Lego bricks” that connect to each other and can be used as building blocks of knowledge, rather than overlapping or conflicting bits of advice. “It means for HR that there is now a line of sight; there is consistency in how the courses are delivered,” adds Wheatley.

Every course Lane4 has been involved in is designed to be experiential, ranging from communication skills to change management. Each one is mapped to JLR’s vision for 2020. Wheatley explains: “We use the values as our true north, we refer back to them for monthly reviews to ensure we are adding value and managing cost.”

Richards says that, although the new, self-directed way of learning has come as a culture shock for some, there has been a great deal of positive feedback.

Managers discuss what delegates will get out of the activities before and after they attend the training, and they place an emphasis on how the learning will impact the person’s job, both now and in the future.

Learning and development at JLR now follows a 70:20:10 approach, she adds. There are diagnostic tests before activities begin (meaning time is not wasted during the session), and in the sessions the aim is to give staff toolkits and scenarios that they can use in their own work situations.

Some of the most impressive results have been achieved through the introduction of drama-based workshops, using acting professionals to go through live case studies with attendees. “The classroom is a safe environment where delegates can take risks and try things out,” explains Richards.

In addition, staff can access videos and toolkits via internal communications channels, which helps to further embed their knowledge. The approach is clearly having a practical impact – 94% of delegates have said they are confident that they can apply what they have learned in their everyday roles.

The reduction in suppliers has led to a direct cost saving of around £600,000.

Learning at the forefront

One of the positive by-products of the L&D revamp at JLR is that the function has grown in both visibility and credibility. As with many employers, the department had contracted during the economic downturn, but is now growing again in size and reputation.

“People are proactively coming to seek us out,” says Richards. “They want localised, bespoke learning interventions.” The approach is now being piloted in the US as part of a planned global roll-out.

Despite the success of the new L&D offer, there are no plans for the company to rest on its laurels.

Richards and her team are considering bringing in mindfulness training to help staff cope with the rapid pace at the company, and the key L&D suppliers communicate regularly to ensure what they offer is complementary and fit for purpose.

Just as motor design changes all the time, L&D at one of the UK’s top-class car brands shows no sign of slowing down soon.