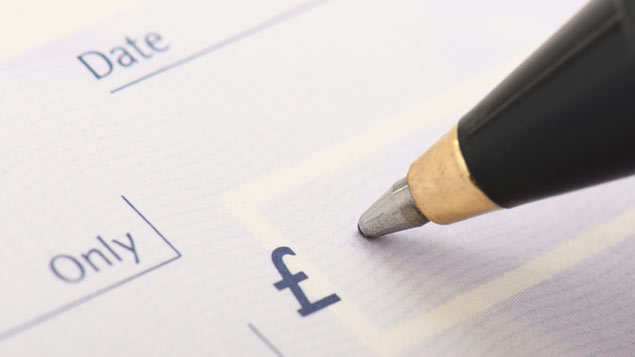 How much should an employer contribute to the cost of an employee's legal advice? Image: Shutterstock

The amount that an employer should pay towards a departing employee’s legal fees for taking advice on a settlement agreement can be a challenging issue. Charles Wynn-Evans examines recent discussion of employers’ contributions to departing employees’ legal fees.

When negotiating a settlement, it is painful if the level of the employer’s contribution to the employee’s legal fees is, as is frequently the case, the last obstacle to an agreement being reached.

On this basis only a relatively low level of contribution is appropriate. The advice for which the employer considers that it is paying is limited in scope to advice on the specific issue of the terms and effect of the agreement in terms of its waiver of statutory claims rather than its wider commercial terms or detailed drafting.

Against this, the employee may argue that a higher level of legal fee contribution – or indeed full reimbursement of fees – should be agreed on the basis that the employee needs more comprehensive advice on the detailed drafting and commercial terms of the settlement agreement, and should not be left in effect out of pocket in a situation which the employee may argue is not of his or her making.

The EAT’s comments and the EHRC guidance may well be seized upon by those representing departing employees as support for increased legal fee contributions. Employers will need to be ready to deal with those arguments in what remains ultimately a commercial negotiation”

In a contribution which is unlikely to be welcomed by employers, in the recent decision in Solomon v University of Hertfordshire & Anor, the EAT ventured some comments on an offer of £500 plus VAT to a claimant to obtain legal advice on a settlement agreement.

The EAT considered that “the advice which the claimant could expect to receive for this sum (or any sum remotely like it) would only relate to the terms and effect of the proposed settlement and its effect on her ability to pursue her rights thereafter” and that “any advice as to the merits of the claimant’s claim and the likely award of compensation would require reading and consideration on a quite different scale.” The EAT viewed the offer of £500 plus VAT – which the employment tribunal had found was made “to advise on the merits of a settlement” to be “wholly unrealistic”.

These observations were made in the context of an appeal against an employment tribunal’s decision as to whether costs should be awarded against a claimant employee who had rejected a settlement offer made by the employer after the employee had succeeded in establishing liability in her claim.

The question of the level of legal fees offered was relevant to the reasonableness of the claimant employee’s conduct and therefore whether costs should be awarded.  Employers will no doubt therefore argue that the EAT’s comments were specific to the context of the particular litigation and do not translate directly to the appropriate level of legal fee contribution in a settlement agreement concluded outside the scope of litigation.

This issue has also been addressed by the EHRC in its October 2019 guidance, The use of confidentiality agreements in discrimination cases. The EHRC guidance indicates the employer should meet the reasonable costs of an employee’s advice on a settlement agreement, “the amount of which will vary depending on the circumstances but should be discussed with the worker’s adviser.”

More controversially perhaps, the EHRC also considers that the employee’s costs should be met by the employer even if agreement is not reached. This is a best practice recommendation rather than a legal obligation and legislation mandating payment of an employee’s legal fees appears unlikely at this stage given the government’s rejection of a proposal to this effect made by the House of Commons Women and Equalities Committee in its June 2019 report, The use of non-disclosure agreements in discrimination cases. The government considers that, while employers “should contribute appropriately”, it would not be “correct or feasible for the government to dictate the parameters of this payments [sic] as it may vary according to geographical location, case, legal availability and client requirements”.

In more complex and high value situations, a substantial payment in relation to the departing employee’s fees may be agreed. On occasion the split of the overall amount payable by the employer between the severance payment and the legal fee contribution may be negotiated so that the individual’s legal fees are met in full.

Nonetheless, disputes may still arise where basic contributions are offered. The EAT’s comments and the EHRC guidance may well be seized upon by those representing departing employees as support for increased legal fee contributions. Employers will need to be ready to deal with those arguments in what remains ultimately a commercial negotiation.