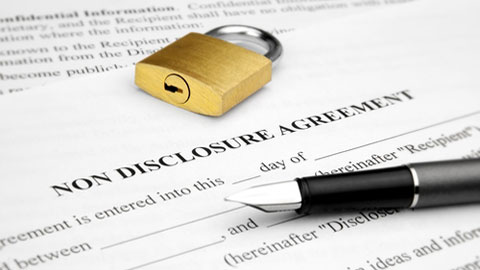 Solicitor Michael Scutt looks at the legal position behind the debate on so-called “gagging” clauses in compromise agreements.

Who says history doesn’t repeat itself? The Public Interest Disclosure Act 1998 came about because of a number of high-profile workplace scandals, including the Bristol Royal Infirmary enquiry into the high failure rate of heart surgery at that hospital in the 1990s. Then, last week, in the wake of the Francis report into the disgracefully low standards of care at the Mid-Staffs Hospital NHS Trust, Gary Walker, former chief executive of the United Lincolnshire Hospitals NHS Trust (“ULH”), hit the headlines when he breached the terms of his compromise agreement signed with the Trust following his departure in 2010. He did so by giving an interview to Radio 4’s Today programme in which he discussed the care situation at his former hospital. ULH is one of the hospital trusts due to be reviewed following the Francis report.

Ostensibly, Mr Walker was sacked for misconduct (swearing in meetings apparently), but he maintains that the real reason was because he blew the whistle on care standards and patient safety. He is reported to have received £500,000 under the terms of the compromise agreement and may now be forced to repay that money having received a letter before action from his former employer’s solicitors. Much attention was focused on whether or not it is right that an employee should be held to the terms of a confidentiality clause in a compromise agreement when the public interest is engaged in the matters being “hushed up”. A debate started on whether so-called “gagging” clauses should be made illegal in these cases.

The only difficulty with this is that it appears they already are.

Section 43J of the Employment Rights Act 1996 expressly states that:

(1) Any provision in an agreement to which this section applies is void in so far as it purports to preclude the worker from making a protected disclosure.

(2) This section applies to any agreement between a worker and his employer (whether a worker’s contract or not), including an agreement to refrain from instituting or continuing any proceedings under this Act or any proceedings for breach of contract.

It seems, therefore, that a confidentiality clause cannot prevent an employee from making protected disclosures, regardless of whether that protected disclosure is in the public interest or not. It will be very interesting to see what action ULH’s solicitors take now and whether or not the court will accept that s.43J applies to ex-employees as well as employees.

In cases such as Mr Walker’s it is not going to be difficult to identify the public interest. In fact, if disclosing information about patient safety in hospitals is not in the public interest, it is hard to see what else could be. There are probably fewer opportunities in the private sector for the public interest to be engaged, but it is not impossible. This emphasis on the public interest shifts the risk firmly on to the employee: break the terms of the agreement and chance it that a court will hold the disclosure to be protected; get it wrong and face an action for breach of warranty and return of the monies paid under the compromise agreement, as well as a likely hefty bill for legal costs and probable subsequent bankruptcy.

The Public Interest Disclosure Act has come in for criticism over the years for either being too complex or for allowing disgruntled employees to bring spurious claims. It is time now to consider whether or not it is doing the job it set out to do, namely to protect the public interest, because in this latest NHS scandal it has been found wanting.

Michael Scutt is a partner at Dale Langley & Co

For more information on the proposed amendments to whistleblowing legislation, see XpertHR’s coverage of the Enterprise and Regulatory Reform Bill amendments.