Legal opinion: What are ‘day-to-day activities’ under the Equality Act definition of disability? 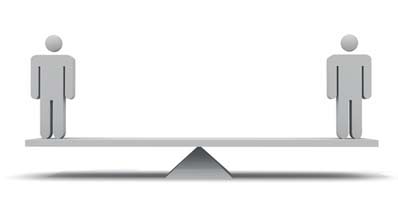 Capability and disability can be tricky waters for employers to navigate, despite often having the best intentions. When considering whether or not a worker is disabled for the purposes of the Equality Act 2010 and identifying reasonable adjustments, the employer must consider the impact of any physical or mental impairment on the worker’s “ability to carry out normal day-to-day activities”.

Employers should avoid jumping to conclusions, as the limitations on a worker’s capability may not be obvious but require further assessment and analysis. In a recent ruling, the Employment Appeal Tribunal (EAT) sent a warning to employers that the focus should be on what a member of staff can’t do – not what he or she can do. Solicitor Victoria Clark looks into the case.

The EAT case involved a Mr Aderemi, who was employed as a station attendant at London Bridge train station. His role involved him manning the ticket gates, inspecting tickets and being a first point of contact for customers. He was on his feet for the majority of the working day.

Towards the end of 2007, Mr Aderemi developed a back problem, which he suggested had been caused by standing for prolonged periods at work. Increasingly, severe lower-back pain meant that he was absent from work for a few spells throughout 2009 and 2010.

Every time Mr Aderemi returned to work following a spell of sickness absence, his employer, quite rightly, assessed him under its medical fitness scheme. Each time, Mr Aderemi was found fit for work but with limitations on him standing and bending. Finally, after having suffered with back problems for more than two years, South Eastern Railway decided that he was unfit to carry out his role within those limitations and dismissed him on capability grounds.

Mr Aderemi initially complained to the employment tribunal, which held that he had not been unfairly dismissed. The tribunal also held that Mr Aderemi was not disabled for the purposes of the Equality Act. In reaching its conclusion, the tribunal assessed whether or not Mr Aderemi’s back problem had a substantial impact on his ability to carry out normal day-to-day activities. The tribunal thought that it didn’t, and listed a number of day-to-day tasks which it considered Mr Aderemi could manage.

Mr Aderemi appealed to the EAT. At this point, the case took a different tone when the EAT criticised the approach of the first instance tribunal, pointing out that it had been wrong to focus on tasks that Mr Aderemi could do. The tribunal should instead have analysed what he could not do, which included standing for prolonged periods of time.

Activities required as part of the job

Instead of making a finding on whether or not Mr Aderemi was considered to be disabled and whether or not his employer had discriminated against him by terminating his employment, the EAT sent the case back to the employment tribunal to deal with these points.

The definition of disability

Regardless of what the tribunal finds in the end, this case serves as a reminder to employers of the importance of properly addressing capability issues and taking account of the possibility that an employee may be disabled. Given the broad scope of the Equality Act, forming stereotypes of what amounts to a disability is a risky strategy.

If the answer to each of the following points is “yes”, regardless of whether a worker seems otherwise fit and healthy, then they are likely to be considered disabled under the Equality Act:

Assessing whether or not a worker is disabled and identifying what adjustments may be reasonable in the circumstances are very fact-sensitive tasks.

Employers should adopt the correct approach, as emphasised by this case, and seek specialist advice if there is any doubt.

Victoria Clark is an associate at Clarion