When can sickness absence be treated as a conduct issue? 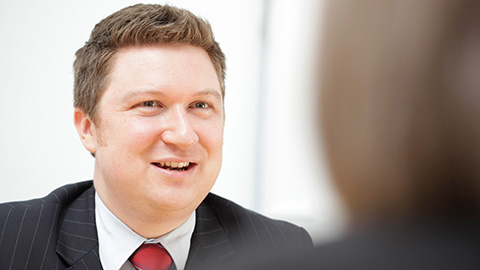 An employee’s absence from work due to illness or injury is usually not their fault. However, there can be situations where the circumstances which caused the illness were within the employee’s control, in which case the employer may be entitled to treat any further absence as a conduct issue. Jesse Turner of Brodies explains.

When an employee’s short-term absences affect their ability to perform their role, the first step for an employer is to review the number of absences within a certain period – normally 12 months – and review the reasons given for the absences to determine whether or not the level of absence is an issue. The second step is to hold an informal meeting with the employee to discuss the level of absences and to understand whether or not there is an underlying reason for them. It may also be necessary for the employer to ask the employee’s GP or specialist to provide a medical report.

At this point, the employer should have an understanding of the causes for the employee’s absences. If the medical evidence indicates that the employee has a condition that could be manageable with regular medication, such as diabetes or epilepsy, it may be necessary to hold further discussions with the employee. The employee may admit that they have difficulty remembering to take their medication or they do not like taking it because of side effects, which leads to illnesses and absences.

Alternatively, the circumstances causing the absences may be more straightforward. An employee who is an outdoor sports enthusiast may have frequent absences due to a string of injuries from mountain biking, abseiling or skiing. Another employee may have regular nights out at the pub that lead to illnesses the next day.

Circumstances within the employee’s control

In all of these examples, the circumstances leading to the employee’s absence are within their control. Although the outdoor athlete’s injuries and the pub-going employee’s illnesses are genuine, both employees choose to undertake the activities that lead to them. Even for the employee who has an underlying medical condition, it is not the condition that causes the absence, but the employee’s failure to manage it properly.

Conduct rather than capability?

It is well known that “capability” is one of the fair reasons for dismissal under the Employment Rights Act 1996. In addition to an employee’s health, the definition of capability includes their competence or aptitude to carry out their role. The Employment Appeal Tribunal (EAT) case of Sutton & Gates (Luton) Ltd v Boxall dealt with an employee’s performance-related capability. The EAT determined that there is a difference between an employee who is incapable of carrying out their role because of an “inherent incapacity to function” and one who is not meeting the required standards because of their own carelessness, negligence or idleness. The EAT stated that when the cause of the employee’s incapability is within their control, the case is more properly dealt with as one of misconduct rather than capability.

Regarding ill-health absences, treating these as misconduct cases rather than capability cases clearly has its advantages for the employer. When an employer considers dismissing an employee because of frequent ill-health absences, it is doing so not because of past absences, but because of the risk of future absences and the fact that they are unsustainable. Predicting how likely it is that an illness will recur and cause further absences involves a thorough examination of the employee’s past absences and any underlying medical conditions, and the prediction cannot be guaranteed. However, if an employer believes that an employee’s absences are within their control, then its disciplinary procedure can be used.

This is not a one-size fits all approach to ill-health absences. It will not normally be appropriate for long-term ill-health absences or short-term absences spread out over long periods of time. Issues relating to disability discrimination also need to be considered carefully. However, where the circumstances causing an employee’s frequent ill-health absences are within their control, treating it as a conduct issue rather than a capability issue has the potential to give the employer greater control and certainty.

Jesse Turner is a senior solicitor in the employment, pensions and benefits team at Brodies LLP