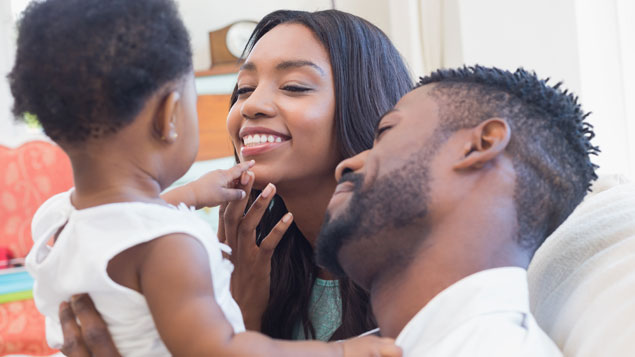 Research by University College London suggests that the shared parental leave scheme is failing, with financial implications and strict eligibility criteria creating barriers for many new parents. But there are ways the scheme can be saved. Ashleigh Wight reports.

The number of parents taking shared parental leave (SPL) might increase if fathers’ remuneration was rethought and uptake by men was normalised by employers, it has been suggested, after research found only 8% of expecting parents planned to use the entitlement.

A survey of 575 expecting parents by University College London (UCL) discovered that while 61% had heard of SPL, only 57% were eligible to take it.

So far, take-up has been poor. In February, the government launched a campaign to increase the number of parents using the entitlement after it estimated only 2% of those eligible had shared their leave since the scheme’s launch in 2015.

While no statistics have been widely released by the government, a freedom of information request by law firm EMW showed that just 9,200 parents shared their leave last year – only 500 more than the year before.

UCL’s study, which gathered data from two antenatal clinics in London between November 2016 and January 2017, showed that the financial barrier was the top reason for parents not intending to share their leave. Half agreed that it did not make financial sense for them to take SPL, 36% thought it would have a negative impact on the father’s career, and 24% said it would inhibit the mother’s ability to breastfeed.

Fathers taking shared parental leave are entitled to up to £145.18 a week of statutory pay, though some employers offer “enhanced” shared parental pay to help relieve the financial burden.

Katherine Twamley, senior lecturer at UCL, says some of the parents who took part in the study would not have taken SPL had the father not received enhanced pay.

In many cases, enhanced pay was only offered to fathers within the first 3-6 months after the child was born, she found. She suggests uptake would increase if employers enhanced fathers’ pay at a time that better suited the parents.

“What often happens is that employers imitate what mothers are given in their SPL policies – for example, full pay for the first four months after the birth,” she says.

“But no mother is going to give up her leave within the first four months of the birth to allow the father to take time off – she needs to physically recuperate. It’s kind of a non-offer, because men feel like their hands are tied and can’t really take that enhanced pay.

“Enhanced pay could perhaps be offered within [another period] in the first year, not just in the first four months.”

Raoul Parekh, senior associate at law firm GQ Littler, says the government should “put its money where its mouth is” if it wants to achieve its aim of getting more parents to take SPL.

“Someone on £50k a year will take an 80% pre-tax pay cut on SPL unless their employer chooses to enhance,” he says. “That is a difficult choice for many families.”

Forty-one per cent of parents in UCL’s study said they would take SPL if the father could receive his own leave entitlement without affecting the amount of leave the mother could take.

Pregnant women are often asked by their employer how much maternity leave they’re going to take, whereas that’s not the case for men,” Katherine Twamley

Those from ethnic minority groups, or who had lower levels of education and/or who rented their home were less likely to take share parental leave than those with university degrees or who owned their home, the research suggested.

Twamley says parents who were born abroad were less supportive of SPL in general and seemed more concerned about the effect taking time out of paid work and earning less would have than those who identified as white British.

The parents with lower levels of education were considered less likely to be eligible to share their leave and more likely to be on precarious employment contracts than those educated to degree-level.

The survey results suggest many parents faced needless barriers to sharing their leave, even if they were keen to take it. These included receiving conflicting and confusing information from line managers and HR teams, confusing language and acronyms on paperwork and finding the application forms difficult to fill in.

“It is quite restrictive in the UK compared with other countries internationally,” Twamley says. “Both parents have to be eligible. The main factors we found were that they hadn’t been in employment long enough, people on precarious contracts, or those who’d just recently changed their jobs.

“Maybe one of them is the full-time carer – usually the mother – in which case no leave can be transferred to the partner.

“Mothers can be self-employed, but fathers can’t be in order to take SPL.”

Parekh suggests family-friendly policies can be a recruitment draw, but the government needs to step in if it wants to see real change to the numbers taking SPL.

He says it should extend SPL by 12 weeks, but “reserve the new period solely for fathers so mothers don’t have to give up their maternity leave and return to work early”, as is commonplace in some other European countries, such as Sweden.

He also suggests fathers should be paid for the 12 weeks’ leave in the same way as mothers are paid during maternity leave – with employers able to reclaim the cost from HMRC in the same way.

Aside from the government changing the rules, Twamley thinks there a number of cultural changes that might increase uptake and remove the perception that it’s unusual for fathers to take a major role in caring for their child.

Someone on £50k a year will take an 80% pre-tax pay cut on SPL unless their employer chooses to enhance,” – Raoul Parekh

When asked whether they would share their leave if most of their friends and colleagues took SPL, 57% of the parents surveyed said they would.

Twamley claims the current practice of allowing the mother to transfer part of her maternity leave to her partner “normalises” the idea that most of the parental leave should be taken by the mother.

However, paternity leave – which is earmarked specifically for fathers – has relatively high take up in comparison: 213,500 in 2017/18, according to law firm EMW.

“Employers can normalise uptake [of SPL] by men,” she suggests. “For example, they can encourage people from across the spectrum to take it, or offer support from line managers.

“Pregnant women are often asked by their employer how much maternity leave they’re going to take, whereas that’s not the case for men.”

Parekh agrees: “If more people took it, SPL would be normalised and take-up would increase.

“More men taking time out of work for childcare would also reduce the stigma associated with women doing so and help share the burden of childcare more equitably.”