Making a success of succession 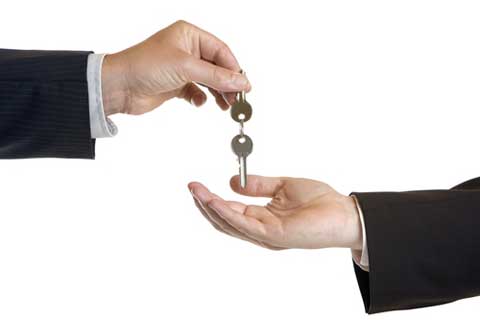 There has been much recent media scrutiny into the departure of high-profile executives – from Barclays chief Bob Diamond to BBC Newsnight chief Peter Rippon. The back stories to those departures may be hugely different, but the issues each organisation faced in terms of filling the departing individuals’ shoes would have been much the same.

Despite the “domino effect” that can be created by the departure of a senior figure, fewer than one organisation in four runs a formal process for succession planning, according to a survey carried out last year by XpertHR. Those that do often operate a “names in boxes” approach of people who are “ready now” and “ready later”, but in the event of a sudden or unexpected departure this might not always select the right candidate.

The risks of not considering succession aren’t only financial either. Aside from the cost of drafting in recruiters to source a successor externally, there is also an impact on staff motivation and retention – as people feel there is no career trajectory for them in the company, so they become disengaged and leave.

“The knock-on replacement cost can be huge,” says Julie Windsor, operations director for the UK and Benelux for talent management software provider Cezanne. “You need someone who can not only do the jo,b but will fit the culture of the organisation. You have the search fees, the time taken, the loss of productivity, replacing people who have gone with them and integrating the new person into the business.” And if that person leaves after several months because they are not the right fit, the organisation has to do it all over again.

“Companies might see [succession planning] as a cost right now because they’re struggling to keep on top of things, but it’s important to maintain engagement, commitment and motivation, which themselves have positive consequences for performance and profitability,” says Will Mitchell, director of consulting at talent management specialist a&dc.

Mitchell adds that one of the problems with traditional talent planning in organisations is that it focuses on treating people as “bricks” that move around or holes that need to be filled, rather than making the whole process more fluid.

“In an ideal culture, the CEO will recognise that all roles overlap to a certain extent, and there needs to be a mindset where managers develop the person below them, so they can do the same with the people beneath them,” he explains.

Javier Carrasco, executive director of talent search solutions at RPO provider Ochre House, argues that managers need to focus on potential scenarios when considering their pipeline of people for roles: “A lot of succession planning sits in systems that are linked to HR systems, but that’s just an inventory tool, it’s not a ‘what if?’ Hiring managers need to ask ‘If we did this, what would happen?'”

Carrasco has recently been working with a client that is considering diversifying into a new area, and has identified marketing as a key department in this move. “[It has] identified four or five individuals internally for a couple of new roles they are creating, and have asked us to benchmark these individuals against external candidates. So when the final decision has been made, we’ll have several candidates and will have the talent in place. It means we save time and money on the hiring process,” he says.

How an organisation approaches succession planning will depend on its size and spread; large multi-national companies may need to run local talent identification programmes but centralise their overall staff inventory data, while more close-knit companies will be able to manage everything centrally. As a rule, the more people it covers the greater its complexity – but the benefits could be increased.

Many large companies cite their “top 200” as the focus of their succession planning efforts, but Mitchell believes that a wider culture of appreciating strengths and weaknesses provides a solid foundation for good succession planning. This can be done in a variety of ways, including psychometric testing, or 360-degree feedback.

“There’s no reason why anyone from the cleaner to the CEO can’t have clarity over where their strengths and weaknesses lie,” he says, adding that those that are made aware they have been earmarked as potential leaders also tend to be more engaged at work.

Around 80% of all promotions at the company are made internally and a number of senior team members have been promoted to leadership positions in the last 12 months.

“When we hire people, we don’t just look at the position they are coming into, but also their career aspirations and long-term potential,” adds Schut.

In start-up or young companies, where people tend to experience more than one role early on and responsibilities are more fluid, successors tend to be able to hit the ground running more easily, argues Mitchell. “You tend to find more defined roles in traditional companies and the public sector, but role definition is becoming more outdated,” he says.

The most successful succession plans happen where organisations allow leaders to relinquish some control and allow staff to take risks, he adds: “There’s a fear of ‘If I let someone do some of my job, they’ll take my job’. Yet if someone is stuck doing the same thing every day, it’s a disincentive to stay.”

So, while succession planning may not be able to take the spotlight off high-profile departures, it can have a positive impact on how an organisation reacts to them.