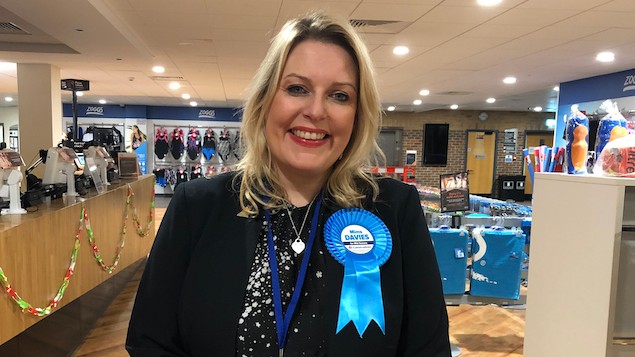 Mims Davies is the minister for employment and MP for Mid-Sussex
Photograph: Flora Thompson/PA Archive/PA Images

The extension of furlough and continued pandemic restrictions will not affect the government’s plans to get young people back into jobs, according to employment minister Mims Davies.

In an exclusive interview with Personnel Today, she revealed that the Kickstart scheme – an initiative where employers receive funding to offer a six-month placement to someone under-25 who is at risk of being long-term unemployed – had already attracted 65,000 potential placements.

The government has ploughed £2bn into the scheme, which is part of its wider Plan for Jobs designed to help those impacted by coronavirus boost their skills and find employment.

Mims Davies MP: Why the Kickstart scheme is serious about jobs for young people

Recruitment drive for thousands of Jobcentre Plus work coaches

Davies said: “Take-up has been amazing, with lots of different sectors stepping forward because they recognise the impact of this pandemic on young people.

“It’s important for employers to note that they don’t need the young person to start until December 2021.

“Lots of organisations are coming forward as they get their organisation ready to go. Once their sector recovers next year, or next spring, they want to bring young people into work. Kickstart is a great way for them to give something back.”

A recent Resolution Foundation report found that 18- to 24-year-olds were more likely to be made unemployed after being on furlough, while this age group is more likely to have been furloughed than any other age group, or to have lost their job.

Davies added that more than 500 organisations have applied to become Kickstart gateways. As a Kickstart scheme application must be for a minimum of 30 job placements, employers that are not able to offer this many can team up with other organisations through a gateway to meet the quota.

This can be through a local authority, charity or trade body. The British Chambers of Commerce, Federation of Small Businesses and The Prince’s Trust are among the gateway organisations available.

The government has to date already recruited 4,500 work coaches, who work through Jobcentre Plus to guide young people on finding suitable career or learning opportunities. There are plans to recruit 13,500 coaches by March next year.

Davies said she has been impressed with the “quality and diversity” of those coming through to work as coaches.

“Since Covid struck, a lot of people want to give back to their community, give something of themselves in how we recover.”

The department is also looking to recruit coaches from within its own ranks, and is considering how claimants’ skills could be a good fit.

Once the six-month Kickstart work placement has finished, Davies conceded that not every individual will continue employment with that organisation.

“It’s really flexible and we expect that outcomes for people will be different, she said.

“We’re not prescribing an outcome, it’s really important that the journey works for that person – that could be further training or back into education, or into another sector, they’ve got their skills and confidence to take them on their next journey.

“It’s about getting on the ladder, into the world of work and to start working things out for themselves.”

No conflict with furlough

And while the Treasury recently announced it would extend the Job Retention Scheme until March, this will not negatively impact the budget for the Kickstart and other Department for Work and Pensions schemes.

“Furlough is all about protecting jobs and keeping people close to their sector, while [our initiatives] ensure that when we come through the pandemic hopefully next year, we’re in a better place to keep people in work and thriving. There’s no challenge between the two interventions, we’re all working together.”

Helping people to change sectors and reskill – regardless of age – will feature in the government’s post-pandemic range of support, she added: “Our Fuller Working Lives agenda, for example, offers opportunities for help if you’re in a sector that has ground to a halt.”

“We know that some sectors have structural and ongoing vacancies for some time, so we’re trying to fix that – for example, the academies are helping people with a retail or logistics background move across into construction.”

For example, the Flexible Support Fund, a source of extra support available from Jobcentre Plus, has been helping individuals in the Heathrow area of London to gain work in film and entertainment at nearby Pinewood Studios.

Many of those impacted by the loss of jobs hospitality have been able to move into care roles, said Davies: “It may be a short-term thing but there are roles out there.”