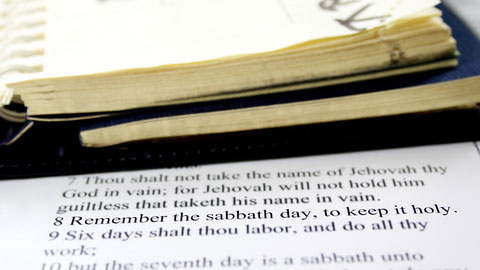 Legal experts and commentators have questioned the accuracy of media reporting of a high-profile Employment Appeal Tribunal (EAT) ruling published this week.

The EAT upheld an earlier tribunal decision that a Christian worker was not discriminated against because of her religious beliefs after being asked to work on Sundays.

Celestina Mba was an employee at a children’s home under the control of London Borough of Merton. Due to her attendance and ministering responsibilities at her church, Mba was unwilling to work Sunday shifts.

Mba brought a discrimination claim to an employment tribunal after being asked to work on some Sundays, as she claimed she had received a promise from her employer that she would not be required to work on Sundays.

However, the employer believed it had stopped short of confirming that Mba would never be required to work on a Sunday, and an employment tribunal agreed with the employer’s version of events.

Mba later took her case to the EAT, which this week upheld the original tribunal ruling.

However, experts have pointed out that the case has been the subject of widespread misreporting in the mainstream press, much of which claims that the ruling relates to wider rights of Christians regarding Sunday working.

Employment law trainer Darren Newman pointed out how some news outlets have drawn the conclusion that the ruling now means that “Christians have no right to refuse to work on Sundays”, arguing this is simply not the case.

Newman was keen to refer to a statement made by the president of the appeal tribunal, who said: “We should make it clear at the outset of this judgment to anyone who expects the conclusion to amount either to a ringing endorsement of an individual’s right not to be required to work on a Sunday on the one hand, or an employer’s freedom to require it on the other, that they will both be disappointed. No such broad general issue arises. The questions raised must be determined in the specific circumstances of this particular case alone.”

Newman said: “Is that clear to everyone? This case absolutely does not say that Christians have no legal protection when it comes to being required to work on Sunday. They have the same right as any other religious group not to be discriminated against.”

Newman went on to point out that much reporting of the Mba case was “simply wrong”, and accused one report of being “blatantly distorted and inaccurate”.

He asserted that the ruling simply means that employers must justify requiring Christians to work on Sundays, adding: “The fact is that there are certain religious discrimination stories that are being manipulated as part of what amounts to a political campaign.

“My objection is that this includes misrepresenting the outcome of cases to fit a particular ‘persecution’ narrative – often with the (entirely false) suggestion that the law treats other religions more favourably. As a result, employers and employees are less well informed about discrimination law than they should be.”

The reporting of the case was also criticised by the UK Human Rights Blog, which said one newspaper account of the ruling was “nonsense”. It went on to say “For whatever reason … they got it wrong. They will have frightened believers from many faiths and unfairly increased the perception that the courts are anti-religion.

“This was a complex judgment involving the tricky question of what constitutes a ‘core’ belief. Having read it, I think this was actually quite a narrow win for the council. But the judge made clear that it any future cases would be decided on their individual facts, and that is the opposite of what was reported.”

Stephen Simpson, senior employment law editor at XpertHR, supported this viewpoint and said: “Even before the full judgment was available, there was a substantial amount of misreporting in the national newspapers about this EAT decision.

“The reality of the judgment is more mundane, with the judge making clear straight from his introduction that he isn’t providing ‘a ringing endorsement of an individual’s right not to be required to work on a Sunday on the one hand, or an employer’s freedom to require it on the other’.

“However, the case is a useful one for employers on how to deal with an employee whose religious beliefs conflict with workplace requirements. For example, the case makes clear that employers do not have to do everything possible to accommodate the employee’s wishes. Employers should act reasonably and, if they cannot accommodate the employee in full, consider and offer alternatives.”

For the full facts of the Mba case, see XpertHR’s coverage of the ruling.