Graduate roles to increase in 2013, but work experience more important than ever 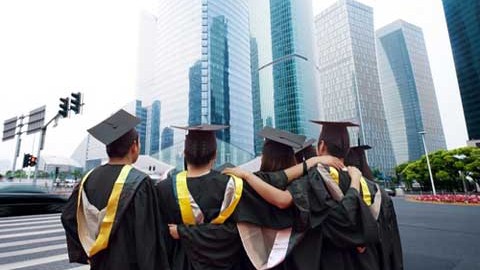 Graduate vacancies are due to increase in 2013 following a subdued year, according to research published today.

However, one-third (36%) of this year’s vacancies will be filled by graduate candidates who have already worked for organisations through internships or placements. This means these roles will therefore not be open to the wider “class of 2013”, according to market research company High Fliers, which carried out the research.

The survey of employers found that graduate recruitment stalled in 2012, as the number of entry-level vacancies fell by 0.8% from 2011. However, graduate vacancies are expected to rise by 2.7% in 2013.

The research also highlighted that work placements and internships are more important than ever for graduates looking for work.

Three-quarters (78%) of roles due to be advertised in 2013 by City investment firms and half (53%) of training contracts offered by leading law firms are likely to be filled by graduates who have already completed work experience with the employer.

Further, more than half of the employers that responded to the survey said graduates with no work experience are unlikely to be successful during the selection process and have “little or no chance” of receiving an offer for the organisation’s graduate programme.

Positively, many respondents outlined their own plans to offer paid internships and placements. More than four-fifths of the UK’s leading graduate employers are offering paid work experience programmes for students and recent graduates during the 2012-13 academic year – a record 11,387 places are available.

Martin Birchall, managing director of High Fliers, said: “It’s welcome news that Britain’s best-known and most sought-after employers are offering more jobs for graduates this year, particularly after a drop in vacancies for university leavers in 2012.

“This latest research confirms that taking part in work placements or internships whilst at university is now just as important as getting a 2.1 or a first-class degree. Graduate recruiters warn that in a highly competitive job market, new graduates who have not had any work experience at all during their studies are increasingly unlikely to be offered a good graduate job after university.”