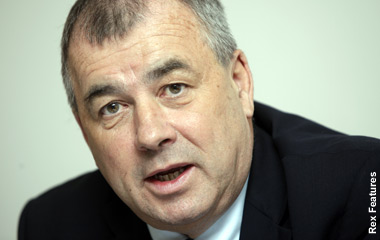 Employment organisations have offered a lukewarm response to the Government’s announcement that it is to extend its ongoing review into cutting employment red tape to look at areas such as collective redundancy, TUPE and discrimination compensation awards.

TUC general secretary Brendan Barber said that the TUC is “very worried” by some of the proposals up for review and it is an “urban myth” that there are countless vexatious claims going to employment tribunal, which is one argument for the review into discrimination compensation, currently uncapped.

“High levels of compensation for discrimination are only awarded in severe cases,” he said. “It is right that people who have lost out through the unfair practices of their employer receive proper compensation – and that helps ensure employers act fairly in the first place.”

Owen Warnock, partner at law firm Eversheds, explained that if the Government was to cap discrimination compensation, it would face some challenges.

“There is a European law hurdle facing the Government in seeking to address this issue: the Equal Treatment Directive requires our UK laws to provide adequate remedies for discrimination,” he said.

“Discrimination compensation in this country used to be subject to the same cap as unfair dismissal compensation and in 1993 the European Court of Justice ruled that this was unlawful. The Government will need to do some careful work if it is to limit compensation while complying with European law.”

Barber also claimed that proposals to reduce the minimum consultation period for collective redundancy – from 90 days to 30 days – could have a negative efffect on unemployment. He said: “Making it easier to make people redundant and giving the workforce less time to come up with alternatives to job losses threatens to make unemployment even worse.”

According to today’s announcement, the Government will also examine whether or not reforms are needed around TUPE, which it believes offers important protections for workers but has been criticised by businesses for being “gold-plated” and bureaucratic.

The Confederation of British Industry (CBI) welcomed the announcement, saying the review is long overdue. Katja Hall, CBI chief policy director, commented: “Workplace relationships have changed dramatically over the last decade, with employers and employees engaging in a more flexible, personalised way, and it’s time the law reflected it.”

She added that reducing regulatory burdens on businesses will help them to create jobs and drive growth.

Further details of the Government’s announcement can be found at XpertHR.