Director who resigned in ‘heat of the moment’ was unfairly dismissed 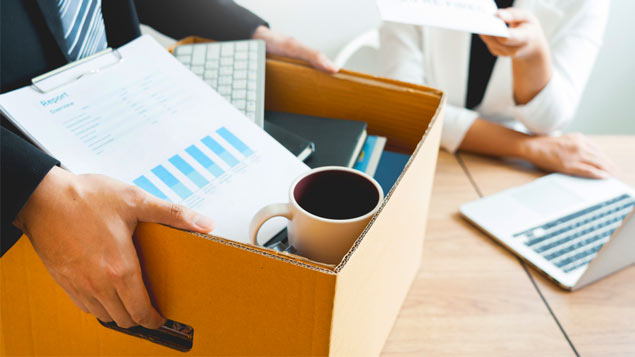 The managing director of an electrical supplies company who resigned “in the heat of the moment” was unfairly dismissed.

An employment tribunal found that Wellhead Electrical Supplies’ decision to accept Mr Rae’s resignation, which was made during an angry outburst following a dispute about staff salary increases, had been unreasonable and tainted by the directors’ “considerable ill feeling” towards him.

How to deal with a heat-of-the-moment resignation

Can an employee retract their resignation?

Rae raised the prospect of a 5% general increase in pay for its sales department, with the exception of three staff – one of whom was his son. He advised his son and another employee, Ms Gibb, that their salaries would increase by around 25%.

However two other directors, Mr Ogg and Mr Rastall, believed that only the 5% increase and a pay rise for another employee had been agreed.

When the next monthly salary payment was made and he found that his son and Ms Gibbs’ salaries had not been increased, Rae became angry. He threw his keys on Ogg’s desk and shouted “I told you what was going to happen”, in reference to a previous discussion in which he said he would “walk” if all his proposed salary increases were not agreed.

He was alleged to have said “I resign”, but Rae disputed this. He later said “I won’t be back” and told Rastall “I believe I’ve just resigned”.

The following day, Rae telephoned Ogg to tell him he was stressed, had not intended to resign, would be going to see his doctor that day and that he intended to take some time off and return when better. He was unable to get hold of him and he instead called Randall, who was alleged to have said: “You are no longer f*cking MD. I am and I’ll see you in f*cking court”.

He later reiterated that he had not intended to resign in a letter to the directors, to which he received a letter stating: “I appreciate that you may have since had a change of heart but your resignation has been accepted and it is simply not open to you to unilaterally withdraw it”.

Rae told the employment tribunal that he had been suffering with stress at the time, having had to care for his injured wife. He was signed off work with stress after the event.

Wellhead Electrical Supplies’ solicitor argued that Rae had made two specific statements about his intention to resign and said it was “highly significant” that he had not attempted to contact either of his fellow directors later that day and had handed in his keys.

The tribunal said that although it is a “general rule” that once an employee has spoken “unequivocal and unambiguous” words of resignation an employer can accept the resignation, there were “special circumstances” where the resignation could not be relied upon – such as words “expressed in temper”.

The judgment also notes that his decision to resign was not made in writing, which was a requirement of the company.

Judge Nicol Hosie said: “What he said and did was an angry, emotional outburst. He was suffering from stress not just at work but also at home with added responsibilities there due to his wife’s leg break and immobility. He was signed off work the following day with stress by his GP.

“The claimant had worked with his two fellow directors for almost 30 years. They were aware of how strongly he felt about the salary increases. It was clear that he was very angry when he said and acted the way he did on 21 March. He was not acting rationally.

“However, for whatever reason, it was clear that there was considerable ill feeling towards the claimant, on the part of Rastall in particular. That was abundantly clear from his comment when the claimant left the offices on 21 March.

“In their desire to rid themselves of the claimant, Rastall and Ogg seized upon what he said and did on 21 March. At no time did they ever contemplate considering whether the claimant had really meant to resign, even when they became aware the following day of the state of the claimant’s health.”

The judgment concludes that Rae and the company should reach an agreement on compensation out of court, but a remedy hearing would be arranged if they failed to do so.