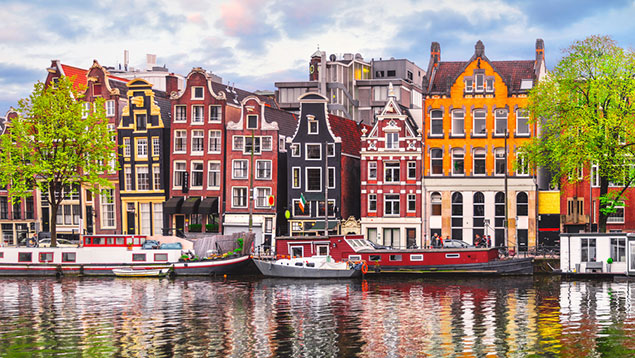 The Netherlands is the EU’s most prepared country when it comes to automation, a new report has suggested, with Slovakia the least ready. Plus, a new study alleges that slow tech is holding back productivity in the UK.

According to research compiled by financial processing business MerchantMachine, the Netherlands was 95% ready for the implementation of automation, putting 31% of jobs at risk. Slovakia was just 29% ready despite 44% of the workforce being at risk from the new technology.

How will AI and automation affect the workplace?

HR directors must keep a finger on machine learning

The UK was a respectable fourth in the list, with 82% readiness and 30% of jobs at risk. Denmark and Sweden were second and third in the table with Germany a surprising ninth.

Russia, of countries in the European region but not in the EU, was only 19% ready with only 23% of its workforce being at risk.

“Automation” includes both robot processing (RPA), a term encompassing the use of metaphorical software robots, and cognitive automation, which mimics human thought and behaviour, bringing intelligence to information-intensive processes by leveraging different algorithms.

The findings drew upon a report by the Office for National Statistics published last year, reporting that in the UK, dental practitioners, medical staff and teaching staff were least at risk.

The highest at-risk roles were those considered to be low skilled such as waiters and waitresses (73%), shelf stackers (72%), elementary sales occupations (71%), bar staff and catering assistants. As the ONS reported, areas of the UK where more higher skilled roles are found will be much less affected than areas of low skilled work.

Workers in the UK were fairly unperturbed at the thought of the threat to their jobs from automation: 59% felt there was no risk, while only 4% felt there was a high risk.

The report envisages that, in global terms, by 2030, transport and logistics jobs will be most at risk, followed by media/communications and manufacturing/construction although much depended on the level of economic development and infrastructure across regions.

MerchantMachine’s report also covered revenues from robotic process automation; these had shot up globally from $271m in 2016 to $1,553m in 2019.

Henry Parkes, senior economist at IPPR, last year told Personnel Today that jobs will evolve not disappear: “Bar work, for example, has high potential for automation, but are people ready to be served by robots? What new technology means is that bar tenders can serve more people thanks to contactless payments, pints that fill from the bottom of the glass, facial recognition to cut down queuing, remote ordering … partial automation is far more likely than full automation.”

Meanwhile, a further new study by Currys, AMD and technologist Theo Priestly, claims that unreliable and slow computer technology is badly affecting productivity in the UK with workers losing 46 minutes a day on average because of lack of investment in more efficient tech at their workplaces. One in five workers said they lost focus while waiting for PCs to boot up or software to load.

Quicker tech could lessen average workloads and help lead to the advent of the four-day working week, claimed Priestley. He also argued that better tech – at home and in the office – would improve retention rates at businesses and he encouraged candidates to enquire about tech investment during interviews, which was as important as finding out about the culture.

Priestley said advances in the use of automation would allow workers “to focus on value-adding activities. This is the ultimate goal for a four-day working week; for technology to enable productivity gains to achieve the same amount of work in a shorter period, and give that time back to the employee to explore their creative side, spend more time with family, learn new skills outside of the workplace.

He referred to a recent Microsoft trial in Japan which led to a 40% increase in productivity, “so there’s clear arguments for it to work”.

HR roles in IT, internet and new media on Personnel Today

Browse more HR roles in IT, internet and new media