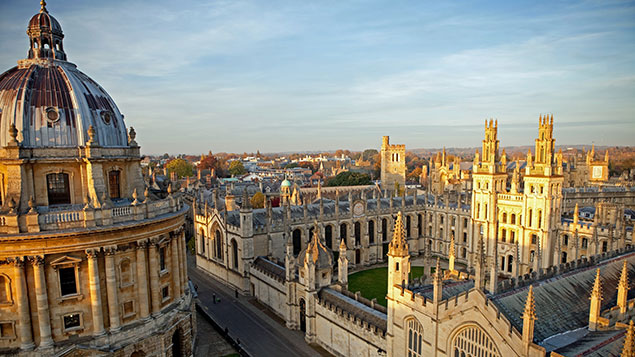 Oxford University is to appeal against the employment tribunal ruling last month that it had acted unlawfully when dismissing 69-year-old Professor Paul Ewart.

Prof Ewart, who was head of atomic and laser physics at Oxford’s Clarendon Laboratory, was dismissed in September 2017 under the university’s application of its Employer Justified Retirement Age (EJRA) policy, which was introduced in 2011 to promote younger staff. In 2017 it changed its retirement age from 67 to 68.

The policy was described as “highly discriminatory” by the judge and the tribunal in Reading condemned the policy: “There can hardly be a greater discriminatory effect in the employment field than being dismissed simply because you hold a particular protected characteristic,” it stated.

The tribunal also agreed with Prof Ewart that the university had failed to justify its policy, which, the academic claimed – with the use of statistical evidence – had failed to deliver its promised benefits to open up a range of vacancies.

However, Oxford University has told Personnel Today that because it had won a similar case earlier last year after Professor John Pitcher had claimed he had been discriminated against on the grounds of age, it was going to appeal the Prof Ewart ruling.

A spokesperson said: “The university has now reviewed in detail the decision regarding Professor Paul Ewart and Oxford’s EJRA policy. This decision followed an earlier employment tribunal, on a separate case but of equal legal weighting, which ruled in favour of the Oxford EJRA. The university has decided it does not accept the most recent tribunal’s ruling and will be appealing against it. The EJRA policy remains in place and will continue to be applied as normal.”

The purpose of the EJRA policy is to provide a career route for younger academics, particularly those from diverse backgrounds. In the case of Prof Pitcher the employment tribunal agreed that the policy was legitimate.

Professor Anne Trefethen, the pro-vice-chancellor at Oxford who oversees the policy has, according to The Times, acknowledged that the retirement rules faced fierce opposition among some dons. “I recognise some colleagues have strong views,” she wrote in an internal email to staff, adding that the “university now has two conflicting judgments of equal legal weighting”.

Vanessa James, partner at law firm Ashfords, told Personnel Today: “It remains lawful for an employer to have a policy that imposes a compulsory retirement age provided that such policy forms part of a considered EJRA that is a ‘proportionate means of achieving a legitimate aim’.”