EU migrants will have right to stay in no-deal Brexit 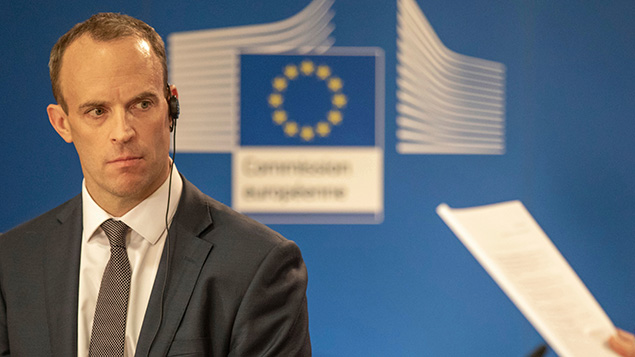 EU migrants will be given the right to stay in the UK in the event of a no-deal Brexit, according to leaked Cabinet papers seen by The Telegraph.

The documents state that Britain will take the “moral high ground” if no deal is struck, allowing EU migrants to live and work in the UK and continue to access the NHS and claim benefits.

They add: “The Home Office plans to make an offer to existing EU residents that they can remain in the UK in a ‘no deal’ scenario, in effect unilaterally implementing the (immigration element of the) Citizens’ Rights agreement agreed with the EU in December 2017.”

The agreement reached in December confirmed that EU citizens who already live and work in the UK will have their current rights protected after the UK’s official exit from the EU, and that UK citizens in the EU would receive reciprocal rights.

It has also previously been confirmed that EU nationals who have lived in the UK for five years will be able to apply for settled status, which will allow them to continue to live and work in the UK after it leaves the EU. Those who have not been a resident for five years will be issued with ‘pre-settled’ status, which will be translated into the new immigration status once they have reached the five-year mark.

In these new papers, the government is keen to emphasise that the UK economy will rely heavily “on the availability of existing labour” if talks break down, amid worries that there will be skills shortages in sectors such as health, social care and hospitality.

“Making an offer is not only important to provide certainty publicly, but will enable the UK government to take the moral high ground,” they add.

“A number of other plans are also dependent on the government’s position on this issue, relying heavily on the availability of existing labour in a ‘no-deal’ scenario.”

The government has also said it will guarantee EU migrants’ rights here in the UK even if the EU does not grant the same privileges for British citizens living in EU nations.

The papers add: “The proposal is to make the offer irrespective of whether the EU reciprocates.”

The precise and official details of what will happen in a no deal scenario should emerge this week via a series of papers due to be published by the Department for Exiting the European Union.

If these leaked arrangements are confirmed, around 3.8 million EU migrants who currently live in the UK will be entitled to stay. They will also be able to bring their spouses and close family members to live in the UK.