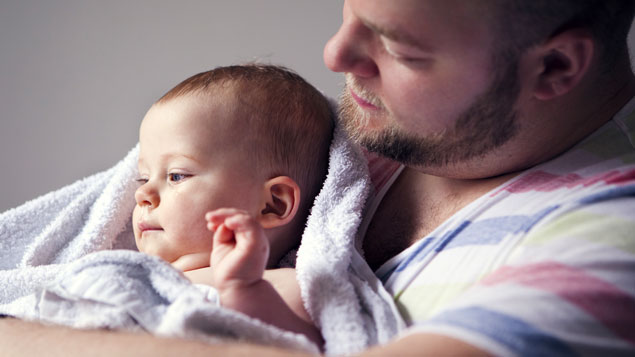 It is not discriminatory to refuse a new father enhanced pay while on shared parental leave where women are given enhanced maternity pay, the Employment Appeal Tribunal (EAT) has ruled.

The judge found that the employment tribunal had failed to consider the purpose of paid maternity leave when it came to its decision in Ali v Capita Customer Management last year, and determined that it was not discriminatory to refuse a father the same rights as a new mother after the birth of a child.

Last year, the employment tribunal ruled that it was direct sex discrimination to allow new father Mr Ali only two weeks’ leave on full pay, when female staff were allowed to take 14 weeks’ maternity leave on their full salary.

Half of fathers would use shared parental leave

Mr Ali’s wife had been advised to return to work to help with her post-natal depression. Under the company’s policy, Mr Ali was able to take two weeks’ fully-paid paternity leave following the birth of his child, followed by a number of weeks’ annual leave.

His employer, Capita Customer Management, has won an appeal against the tribunal’s decision, which has been set aside.

The EAT found the employment tribunal had erroneously interpreted that Mr Ali’s circumstances were comparable to those of a woman who had recently given birth as both had leave to care for their child.

The EAT said the purpose of maternity pay and leave is to recognise the “health and wellbeing of a woman in pregnancy, confinement and after recent childbirth”.

The decision was welcomed by work-life balance charity Working Families, which hailed it an “important safeguard for the special employment protection needed for pregnant women and new mothers”.

Chief executive Sarah Jackson said: “We intervened in this case because the particular workplace disadvantage women face having experienced pregnancy and childbirth must continue to be recognised in law.

“Only women can experience childbirth, and maternity leave is to protect women’s health and wellbeing – it cannot simply be equated with ‘childcare’.

“We have long called for greater rights and pay for working fathers, including properly paid, standalone period of extended paternity leave for fathers; but these should complement, not undermine, the rights of working mothers. This is a not a zero-sum game.”

Beverley Sunderland, managing director at Crossland Employment Solicitors, said employers may have stopped offering enhanced maternity leave if the appeal had failed, as it might have been costly for them to offer similar benefits to both men and women on shared parental leave.

However, some employees might see it as a backwards step when it comes to encouraging men to have more involvement in the care of a newborn, said Sunderland.

She explained: “On the one hand, it will be welcomed by women in recognising that maternity leave is not just about caring for their child but is there for their health and wellbeing and to allow them to bond with their newborn.”

“However, both men and women may see this as a blow to encouraging men to have more involvement with the care for their child by taking shared parental leave.

“As the gender pay gap results would suggest, men are often the highest paid and so for them to take time out on shared parental leave, being paid [statutory] shared parental pay, is only going to put a bigger strain on the family purse, no matter how much they would like to.”