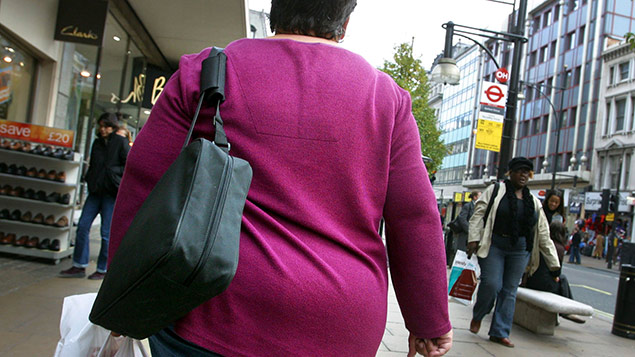 Fatism: there is a gap in the law which can only be closed through legislative reform. REX/Shutterstock

UK laws preventing discrimination against people based on their size should be reformed, according to analysis of obesity discrimination made by an employment tribunal judge.

Philip Rostant, who is also the national training director of the Employment Tribunals of England and Wales, co-wrote an academic paper, ‘All About that Bass’? Is Non‐Ideal‐Weight Discrimination Unlawful in the UK? in the Modern Law Review.

Obesity discrimination in the UK

Is obesity a disability under the Equality Act 2010?

The paper explains that the Equality Act 2010 offers only a “very tenuous route for protection” because the Act is largely based on a “medical model” of disability.

Currently, people who can show that their weight “creates a substantial functional deficit” can seek redress through UK disability discrimination legislation.

However in EU law, explain the authors, the direction of travel is away from this medical model towards a “social model” of disability.

“Crucially, the social model includes attitudinal barriers… the effects of which must be tackled by anti-discrimination law,” say Rostant and co-author Tamara Hervey, professor of EU Law at the University of Sheffield.

The social model of disability suggests that disability is the result of the way society is organised, rather than the outcome of a person’s impairment.

Assuming the UK remains in the EU, the authors believe UK law will have to change because EU law follows the United Nations Convention on the Rights of Persons with Disabilities, which adheres to the social model.

“It seems to us that the UK cannot avoid at least a version of the social model for much longer”, say the authors. The EU Directive (2000/78/EC) that established a framework for equal treatment in employment must be read as requiring member states to define disability not only through a medical model, but also through a social model, they add.

“To that extent, the Equality Act 2010 stands in conflict with the Directive,” say the authors. “However, the difficulties for courts and tribunals in finding an appropriate route for the introduction of the Directive into the national legislative framework and the consequences for the litigation of cases should they do so are such that, in our view, compliance with EU law cannot be achieved without further legislation.”

Last year, a UK employment tribunal became the first to consider obesity as a disability following a ruling by the European Court of Justice in the case of Karsten Kaltoft, a Danish childminder who claimed he was sacked for being too fat.

The Northern Ireland Industrial Tribunal in Bickerstaff v Butcher unanimously decided that the claimant was disabled and upheld his claim of harassment, following the ECJ ruling that said that if obesity hinders “full and effective participation” at work, it could count as a disability.

In 2005, a Personnel Today survey of more than 2,000 HR professionals revealed that 93% of respondents would choose a “normal weight” applicant over an obese applicant with the same experience and qualifications.

The survey also showed that 30% of HR professionals believed obesity is a valid medical reason for not employing a person, while 15% agreed that they would be less likely to promote an obese employee.