By Adam McCulloch on 17 Sep 2018 in Latest News, Ethics, Whistleblowing 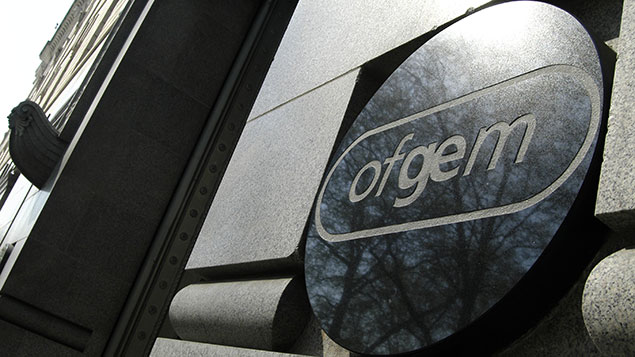 Ofgem has been accused by two whistleblowers of exploiting national security laws to prevent them airing concerns over projects involving billions of pounds.

The two men, who do not know each other and who work in different parts of the energy regulator, have told the Guardian that Ofgem threatened them with a gagging clause that could lead to a prison sentence if breached.

One of the whistleblowers told the newspaper he had been “continually threatened … for trying to tell the truth. For doing my job and uncovering an issue, Ofgem made my life hell.” He said the watchdog had attempted to “scare me witless with threats of imprisonment” and he felt “utterly ashamed” of Ofgem’s behaviour.

One of the men was involved in the £10.9bn smartmeter programme; the other works in renewable heat incentives, involving the installation of eco-boilers, for example.

Both employees voiced concerns to managers between 2014 and 2017 after being asked to scrutinise the two projects. The result was, the employees claim, that they were bullied and sidelined to the extent they took their cases to employment tribunals.

In the case of the smartmeter worker, the tribunal – using the Human Rights Act – ruled that Ofgem should disclose the worker’s documents about public procurement arrangements. It said he had the right to freedom of expression without interference from a public authority. Ofgem has appealed the decision.

The law used to try to silence the two men is section 105 of the Utilities Act 2000.

Peter Daly at the law firm acting for the smartmeter worker, Bindmans, told the Guardian: “Ofgem’s position appears to be that anyone who disclosed or reported the content of his whistleblowing would be themselves committing a criminal offence.

“[Ofgem] are appealing an employment tribunal order to provide disclosure in the proceedings because they say to do so would be a criminal offence. Ofgem’s appeal therefore indicates that in Ofgem’s view this prohibition extends to Ofgem themselves.”

The whistleblower working on the renewable heat incentive scheme has described the alleged reaction of his managers when faced with the concerns he raised. “Specifically I was told that if I told the truth, my career with Ofgem would be finished.”

Despite the threats, he said, he briefed the National Audit Office – a move that infuriated Ofgem, he claimed.

He said a senior manager “screamed and shouted” at him, and he was then warned his disclosures were a breach of section 105 of the Utilities Act 2000.

The whistleblower working on the renewable heat incentives said he left Ofgem in 2017 because he had been “threatened with imprisonment if I shared information about the wrongdoings that I had witnessed”. He described Ofgem as being “dishonestly secretive”.

Labour MP Peter Kyle, a member of the business, energy and industrial strategy select committee, said: “Ofgem do have many commercial secrets that are vital to the wellbeing of our nations’ infrastructure, but the power they have to gag whistleblowers is an extreme one and should be used in only extreme circumstances.”

Francesca West, chief executive at whistleblower charity Protect – which is supporting the Ofgem whistleblowers – said: “The whole of the UK energy market – that’s more than 600,000 workers – are currently being held to ransom over Section 105 of the Utilities Act, and threatened with a prison sentence if they speak up over wrongdoing. We really hope this will make Parliament sit up and listen.

“MP Peter Kyle […] is as concerned as us about this draconian legislation which prevents serious concerns being raised. We need an urgent review.”

Mary Inman, partner at Constanine Cannon, which specialises in representing whistleblowers, said that Ofgem’s behaviour was more typical of the private sector and was “very disappointing” coming from a taxpayer-funded entity in the public realm. She described it as an “auto immune-type response” where the message’s suppression was the overriding aim, and said she found it ironic that a law intended to protect the public (section 105) was being used to prevent disclosure.

Ofgem stated that it had only had to consider the use of section 105 once in the past five years.

A spokesperson said: “We have very few employment tribunal matters, and in the last five years only one where we have had to consider the application of section 105 of the Utilities Act 2000 on disclosure to the tribunal.

“In another instance involving Ofgem, section 105 of the Utilities Act has been raised by another party.

“In carrying out our duties as the energy regulator, Ofgem handles large amounts of information from consumers and businesses which is often both personal in nature and commercially sensitive.

“With the exception of a few prescribed circumstances, section 105 of the Utilities Act 2000 prohibits the disclosure of the information we receive. Section 105 is intended to ensure that consumers and businesses can share their information without fear that it may be subsequently disclosed. Ofgem takes our obligations under law very seriously, including the restrictions in section 105.

“Ofgem adheres to its whistleblowing policy which encourages staff to report suspected wrongdoing as soon as possible, in the knowledge that their concerns will be taken seriously, investigated and they will be treated fairly.”