One in three workers has “pulled a sickie”

By Jo Faragher on 2 Jul 2014 in Sickness absence, Absence 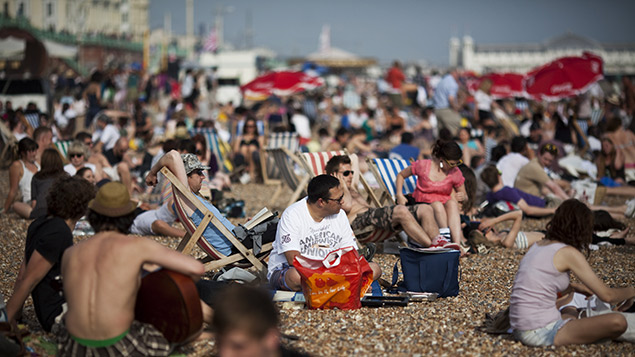 One in nine admitted pulling a sickie due to good weather. REX/Emma Gutteridge/PYMCA

One-third of British workers admits to having “pulled a sickie”, according to research by professional services firm PwC.

The cost to UK businesses of these unauthorised days off is around £9 billion per year, a sizeable portion of the £23 billion per year that sickness absence costs as a whole.

The most popular reasons for taking time off, according to the survey of more than 2,000 adults, are hangovers (32%), being bored by their job (26%) and interviews with another employer (26%).

One worker in nine (11%) said they had lied and taken time off work due to good weather, while 8% had done so for a sporting event. Just over one in 10 had phoned in sick because it was Monday.

Liveflo: Obtaining a medical report on an employee

When it came to excuses, illness was the most common. However, many employees went to great creative lengths to explain their absence; one worker claimed to have been attacked by ants, another said a dog had eaten their keys, and one male employee claimed he had started the menopause.

PwC’s analysis of more than 2,500 global companies shows that the UK’s overall sickness bill (including genuine and made-up illness) has fallen to £23 billion from £29 billion one year ago.

UK workers still take almost three times the number of sick days reported by workers in Asia Pacific (4.8 days), and the US (3.8 days). Central and Eastern Europe has the highest level of sick days at an average of 8.3 per year.

PwC estimates that sick days make up 87% of the overall absence bill to UK business. Jon Andrews, head of human resources consulting at PwC, said: “Sickies are costing business £9 billion a year – much of which is avoidable.

“The combination of major events such as the World Cup and Wimbledon may mean that the temptation to take time off work to watch sport is too much for some. Companies could easily reduce the knock-on impact on their employees’ productivity levels by offering flexible working or allowing them to watch key matches in the office.”

He added that organisations needed to get better at recording and monitoring absence patterns in order to pinpoint issues and tackle them.

In February, research by XpertHR echoed this concern, revealing that almost a quarter of organisations provide no training for line managers in dealing with absence.