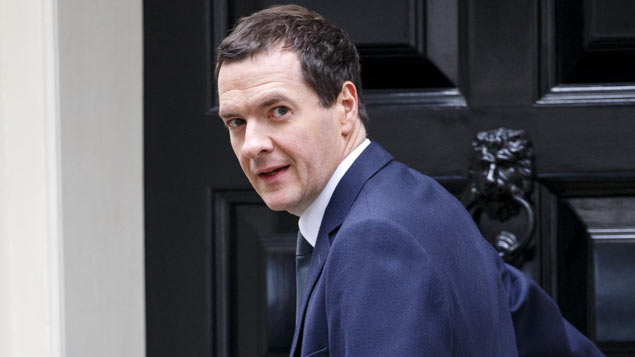 Large employers will have to commit to spend 0.5% of their wage bill on funding apprenticeships, it has been confirmed in today’s Autumn Statement and Spending Review.

Chancellor George Osborne said the so-called “apprenticeship levy”, which was first brought up in this summer’s Budget, would come into force from April 2017, and that a £15,000 threshold for employers will mean that this will only be paid on employers’ pay bills of more than £3 million.

What is the tax-free childcare scheme?

Consequently, fewer than 2% of employers will pay the levy, he added.

The consultation on the proposed levy has just concluded, and concerns had been raised by some employers that the combination of the new national living wage with increased compulsory investment in training would mean budgets elsewhere in organisations could be squeezed.

Osborne said that the Government would spend twice as much by 2020 on training up apprentices than it did when the Conservatives came into office.

He announced: “Britain’s apprenticeship levy will raise £3 billion a year. It will fund three million apprenticeships, with those paying it able to get out more than they put in.

“It’s a huge reform to raise the skills of the nation and address one of the enduring weaknesses of the British economy.”

Today’s Spending Review outlined Government spending over the next four years, and some of the headline announcements included a U-turn on proposals to scrap a planned £4.4 billion cut to working tax credits, and a decision not to slash funding to the police.

Osborne said that an improved economy will see the creation of around one million new jobs over the next five years, and a shift from a “high-welfare, low-wage economy to a high-wage, low-welfare economy” thanks to the introduction next year of the national living wage.

Predictions for economic growth remain at 2.4% for 2015, unchanged from this summer.

The Chancellor’s statement also confirmed that parents who work more than 16 hours per week will be entitled to up to 30 hours of free childcare from 2017.

Despite announcing that spending in health, schools and defence would go up, other areas face big cuts. Many departments’ “day-to-day” budgets were considerably reduced, suggesting that many civil servants could lose their jobs.

The operational budget at the Department for Business, Innovation and Skills, for example, will be cut by 17%.

One of the biggest areas to benefit from proposed Government spending will be construction, with plans to offer developers huge incentives to build 400,000 new homes in England. Osborne told the House of Commons: “We are the builders.”

Chris Jones, chief executive of City & Guilds Group said that more needed to be done to tackle skills shortages as a whole:

“We are pleasantly surprised by the Chancellor’s commitment to professional and technical education and his recognition that this is essential to our economy,” he said.

“Although apprenticeships are important, they will not solve the nation’s skills shortages in isolation. We need a holistic commitment to professional and technical education to achieve the Government’s commitment to one million new jobs. Perhaps this is a start, but time will tell.”