Compulsory national ‘living wage’ to be introduced in April 2016 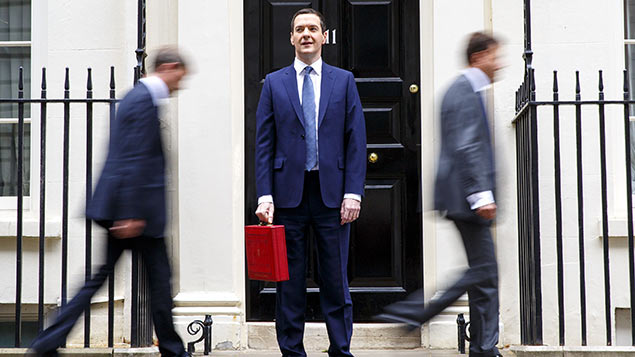 A new minimum wage of £7.20 per hour will be introduced next April for all working people aged 25 and over, the Government has announced.

In his first purely Conservative budget, George Osborne said that “Britain deserves a pay rise and Britain is getting a pay rise”.

The “national living wage” (NLW) will be compulsory and the Low Pay Commission (LPC) will recommend future rises, with the Government aiming for it to reach £9 an hour by 2020.

The OBR has estimated that the cost to business will amount to 1% of profits. To offset that cost, the Government is cutting corporation tax to 19% in 2017 and 18% in 2020. Small firms will also benefit from a cut in their national insurance contributions.

“From 2016, our new Employment Allowance, will now be increased by 50% to £3,000,” announced Osborne. “That means a firm will be able to employ four people full time on the new national living wage and pay no national insurance at all.”

Alongside the Budget, the Government published an entirely new remit for the LPC.

To ensure that the rate of the NLW is set at a sustainable level and continues to take account of broader economic conditions, the LPC’s remit will require it to set the NLW in a way that reflects the growth in median earnings.

The LPC’s remit in relation to the NMW, which will now only apply to those under 25, will remain unchanged.

The Government will ask the LPC to set out how it will reach 60% of median earnings by 2020; based on OBR forecasts.

National living wage: why it pays to move now

Recent weeks have seen high-profile employers or setting their rates higher than the voluntary levels of the Living Wage. Jo Faragher looks at how employers are dealing with low pay and preparing for next year’s national living wage. Read more…

“The Living Wage is calculated according to the cost of living whereas the LPC calculates a rate according to what the market can bear. Without a change of remit for the LPC, this is effectively a higher national minimum wage and not a living wage.”

John Cridland, director-general of the CBI, said: “This is a double-edged budget for business. Firms will welcome measures to balance the books and boost investment, but they will be concerned by legislating for wage increases they may not be able to deliver.”

Mark Beatson, chief economist for the CIPD, said that while the OBR claims the national living wage will have little net effect on employment, their forecasts rely on assumptions about future productivity growth that have proved wrong to date.

“This policy will only deliver higher pay without significant job losses if it is accompanied by a drive to increase productivity in low pay sectors such as retail, hairdressing, hospitality and the care sector – and that will need more than delivery of apprenticeship numbers or employment subsidies via the national insurance contributions system,” he commented.