Overtime should be included in holiday pay, rules EAT 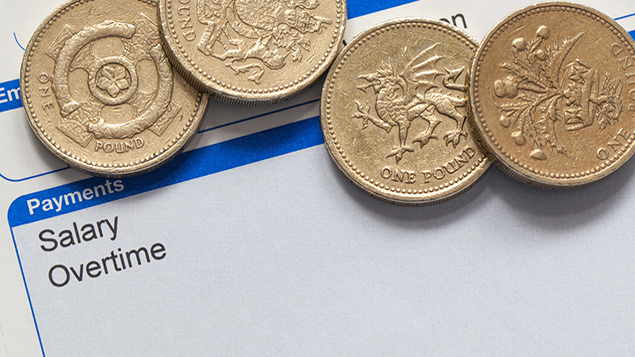 Employers will have to review their overtime provision after a landmark ruling by the Employment Appeal Tribunal (EAT) that overtime should be included in holiday pay.

The decision effectively changes the law so that organisations will now have to include regular non-guaranteed overtime payments when calculating holiday pay. Currently, only a worker’s basic pay counts towards this calculation.

The EAT ruling centred on the case of Bear Scotland v Fulton, where employees claimed that their voluntary overtime pay should have been included in their holiday pay.

According to government estimates, around one-sixth of the 30.8 million people in work receive some form of overtime. This means that around five million workers could be entitled to more holiday pay.

However, fears that a decision to include overtime in holiday pay would lead to billions of pounds of backdated claims were largely alleviated, as the EAT ruled that claimants should not be able to link together historic holiday periods to make a claim for an ongoing series of deductions.

Andrew Stones, a partner at Squire Patton Boggs, who led the appeals on behalf of two of the employers in this case, said: “The EAT has really limited the scope for different holiday pay periods to be linked together as one ongoing series of deductions for historic claims. This finding will significantly limit the scope for such claims in the future and the flowing potential liability for companies.”

There had been concern that workers could lodge claims dating as far back as 1998, when the Working Time Regulations came into force.

Glenn Hayes, an employment law partner at Irwin Mitchell, said: “The Employment Appeal Tribunal appears to have shut down the argument that employees could backdate claims on the basis that they had suffered a series of deductions from their wages when taking holiday, albeit there remains some uncertainty as to what denotes a ‘series’ and how this can be broken.”

The ruling follows a decision earlier this year in the Lock v British Gas Trading case, which determined that commission – where it was intrinsically linked to an employee’s salary – should be included in holiday pay calculations.

“Due to the costs involved, many employers may now look to reduce the availability of overtime, where feasible.”

Reacting to the ruling, manufacturing body EEF claimed that having to include overtime in holiday pay would hit 93% of manufacturers “in the pocket”, and that 44% would have to scale back investment plans as a result.

Unite, which represented 16 of its members in the Amec and Hertel cases, said that employers should be “under no illusion that Unite will fight to ensure that our members receive their full entitlement”.

Unite executive director for legal, membership and affiliated services Howard Beckett added: “Up until now some workers who are required to do overtime have been penalised for taking the time off they are entitled to. This ruling not only secures justice for our members who were short changed, but means employers have got to get their house in order.”

The implications for employers of the EAT decision in Bear Scotland v Fulton are discussed further in the full case report on XpertHR.

One Response to Overtime should be included in holiday pay, rules EAT