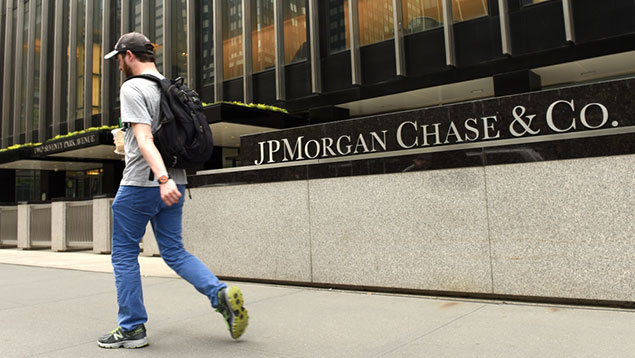 JPMorgan Chase will pay $5m to settle a discrimination claim filed by a male employee in the US who alleged the bank’s parental leave policy was biased against fathers.

In the case, brought by the Amercian Civil Liberties Union and heard in an Ohio federal court, Derek Rotondo said the bank’s HR department offered him only two weeks of paid parental leave. This was despite the company’s policy that all employees who are primary caregivers should have 16 weeks’ paid parental leave.

According to Rotondo’s legal team it is the biggest recorded paternity leave discrimination settlement in the US and the most significant warning yet to companies with policies that are gender-neutral on paper but not in practice.

“Parents need to be treated with equality,” said Rotondo, who investigates financial crimes for the bank. “There can’t be an assumption that just because someone is a new mom, she’s going to be doing all the work, and that dads just need to be quiet and get back in the office.”

He added, in a statement from the ACLU: “I love my children, and all I wanted was to spend time with them when they were born.”

Rotondo, who filed his complaint with the Equal Employment Opportunity Commission (EEOC), said the company had presumed that a child’s birth mother was the primary caregiver, leading him to claim that the bank’s policy “relies on and enforces sex-based stereotypes” and violated the federal prohibition on workplace sex discrimination. Rotondo’s wife, a teacher, wasn’t incapacitated and had the summer off, so JPMorgan Chase, which said its policy was designed to be gender neutral, decided he couldn’t qualify.

In 2015, the EEOC distinguished between postnatal (called “postpartum” in the US) medical leave, which the agency said could be “limited to women affected,” and leave for bonding with and caring for a new child, which had to be provided equally to men and women.

JPMorgan Chase chief executive officer Jamie Dimon told shareholders in April that last year it increased the amount of paid leave it provided “non-primary parental caregivers” from two weeks to six. It will continue its current gender-neutral policy but has promised to improve its application.

The bank’s associate general counsel Reid Broda said in a statement: “We are pleased to have reached an agreement in this matter and look forward to more effectively communicating the policy so that all men and women employees are aware of their benefits. We thank Mr Rotondo for bringing the matter to our attention.”

According to Rotondo’s lawyers the $5m payment will be shared among other employee fathers who also missed out on the longer leave available to primary caregivers. JPMorgan Chase has also agreed to training and monitoring to ensure it equally encourages male and female employees to take leave.

At federal level the US offers 12 weeks of unpaid leave to mothers and fathers under the 1993 Family Medical Leave Act. But employees are only eligible for this if they’ve been working in their job for a year and the employer has more than 50 staff within 75 miles of where the employee works. If both new parents work for the same company the 12 unpaid weeks must be split between them. As a result the FMLA rights only apply to about 60% of the workforce.

Some states have offered limited paid leave, however; California, New Jersey, New York, and Rhode Island among them. There is no national paid parental leave policy so it is up to individual companies to offer one. This has given rise to some statistics that would cause raised eyebrows in the UK. For example, one in four women return to work within 10 days (according to the American College of Obstetricians and Gynecologists) and only 14% of US workers (and only 5% of low-wage workers) have access to paid leave.

Last week in the UK, the Court of Appeal ruled that employers can enhance maternity pay, while only offering statutory shared parental pay for partners, rejecting claims from two new fathers who worked for Capita and Leicestershire Police.