By Ashleigh Webber on 31 May 2019 in Latest News, Race discrimination, Discipline and grievances, Bullying and harassment, Relationships at work 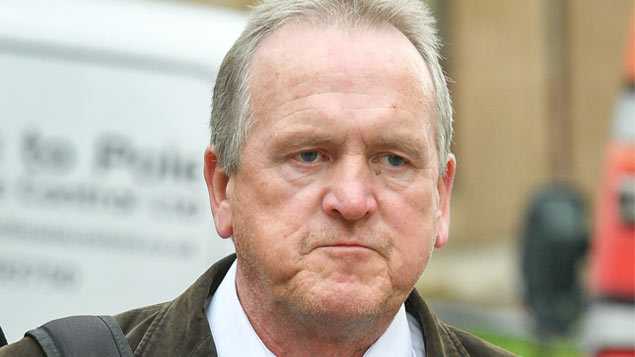 An employee who dressed as a “black and white minstrel” at a work Christmas party and sung a “racist” song to a black colleague has had his conviction overturned.

Maintenance engineer Brian Davies, who was employed by mental healthcare provider the Priory Group, was convicted of causing racially aggravated harassment, alarm or distress after he wore black and white face paint and performed songs from the controversial Black and White Minstrel Show in the presence of colleague Loretta Doyley.

Woman who was spied on by employer wins race discrimination case

Cardiff Crown Court heard the incident left Doyley feeling “humiliated”. She later reported it to her line manager and HR.

At the firm’s Christmas party last December, Davies went into the toilets and changed into a costume which included a hat, white jacket, white cane, black gloves and a black headband he had borrowed from Doyley.

When he returned to the party he performed songs from the Black and White Minstrel Show, which was aired in the 1960s and 70s. The incident was recorded on mobile phones by other guests.

Doyley told the court in February: “There was a hand placed on my shoulder and when I looked it was a hand with a black glove.

“I turned and saw it was Brian and he had painted his face black and circled his eyes and mouth white.

“As he did that I just felt really embarrassed because everybody started laughing. I found myself laughing out of shock and embarrassment.

“Everybody was roaring with laughter and I wanted the floor to open up and swallow me.

“He kept going back and forth and putting his hand on my shoulder and he was singing this particular song Mammy which is deemed a racist song.”

Davies was fined £120 and ordered to pay a £30 victim surcharge and £300 in court costs in February, but the conviction was overturned this week because the court was not satisfied that he had intended his behaviour to be threatening.

Judge Wynn Morgan said: “He is not, the court found, a man of profound intelligence, wisdom, or judgment. The fact that his behaviour did cause upset, or the fact that he should have foreseen that it may cause upset, is not a basis for conviction.

“The court is not persuaded on the basis of the criminal burden and standard of proof that the appellant intended his behaviour to be threatening, or abusive towards the complainant and that he intended, and demonstrated hostility, or was motivated by hostility, towards her based upon her membership of a racial group different to his.

“The court reached this conclusion after initial scepticism, but having heard his evidence, decided that the appellant’s intention was to entertain and not to cause upset.”