Pay bargaining and TUPE: what you need to know 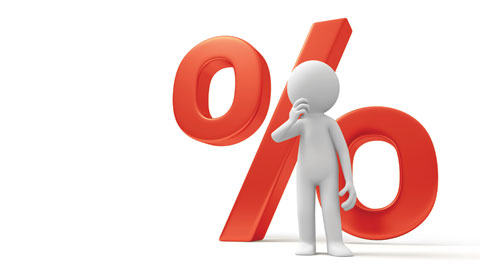 Private companies that acquire staff from the public sector may still have to honour pre-existing collective agreements, writes Christopher Mordue.

Are public-sector workers transferred to private-­sector contractors under TUPE still entitled to receive pay awards made under national collective bargaining processes in which their new employer does not – and indeed cannot – participate? This is the issue at stake in Parkwood Leisure v Alemo-Herron, and the advocate general’s opinion in February 2013 takes us a step nearer to a decisive and affirmative answer.

This case is hugely significant. The prevalence of national pay bargaining in the NHS, and local authority and education sectors, combined with a high level of ­outsourcing, leaves many private-sector contractors potentially exposed to considerable backpay claims and locked into future pay awards unless they have varied the transferred contracts of employment.

These risks for contractors were first highlighted in cases in the mid to late 1990s, such as BET Catering Services v Ball and Whent v Cartledge. However, the problem appeared to have been resolved in 2006 by the decision of the Court of Justice of the European Union (CJEU) in Werhof. The court ruled that the European Union Acquired Rights Directive, which TUPE enacts in the UK, did not preclude a German law under which post-transfer collective bargaining outcomes were not binding on the transferee. This meant that any collectively agreed terms at the date of the transfer were frozen, and insulated the transferee against future changes.

The Court of Appeal in Alemo-Herron applied this “static” approach, rejecting the claims. The appeal to the Supreme Court challenges that outcome and asks whether the Directive nevertheless also allows a “dynamic” approach under which a live and ongoing link exists between the terms and conditions of the transferred staff and future collective bargaining outcomes.

In this case, the claimants were initially employed by Lewisham Council in London. Their pay was determined by national collective bargaining, under contracts that stated: “During your employment with the council your terms and conditions will be in accordance with collective agreements negotiated from time to time by the National Joint Council (NJC) for Local Government.”

When the Supreme Court considered the case in June 2011, it was inclined to the view that the right to benefit from the national pay increases had transferred under TUPE, binding subsequent contractors such as Parkwood. Applying the decision in Whent, it considered this result to flow from the contracts of employment – which included a clear term setting the NJC arrangements as the reference point for determining pay and conditions.

The contractual right transferred under TUPE was a right to a contract that conformed to the terms set by future national bargaining. It was irrelevant that the ­private-sector employer could not participate in or influence those negotiations. However, before giving a definitive ruling, the Supreme Court checked that the CJEU’s decision in Werhof did not mean that the Directive could only be interpreted as requiring a static approach to the transfer of terms derived from collective agreements.

Essentially, the advocate general agrees with the view expressed by the Supreme Court that the directive permits a dynamic approach. Contrary to the views of the Court of Appeal, such an outcome is compatible with Werhof, since that earlier case decided only that German law could legitimately impose a static approach. The Directive allows either approach and each EU member state has discretion on which should apply.

As always, the advocate general’s opinion is not binding on the CJEU, which could in theory rule that a dynamic approach is not permitted. After the CJEU’s decision – expected before the end of the year – the case will return to the Supreme Court for a final ruling. However, everything points to the CJEU following the advocate general’s opinion and the Supreme Court eventually ruling in favour of the claimants.

The contracts in Alemo-Herron clearly stated that the terms and conditions of employment in force at any time would be those set by the NJC. Although this meant that pay was decided in a forum that the private-sector contractor could not control, conceptually that is no different from a provision that links pay rises to another external reference point, such as inflation. Under this analysis, collective agreements made after the transfer only have an impact for transferee and employee where the contract says that this will be the case. Without such a clause in the employment contracts, the new collective agreements would be irrelevant.

Employers that are worried about this opinion and the likely outcome of this case need to carefully check the wording of their contracts of employment to assess their exposure. Nevertheless, the practical implications may be huge – leaving many contractors bound by collective bargaining outcomes that they do not control unless they can break the link between the employment contract and national collective bargaining.

The good news is that a legislative solution may be in the offing. The Government’s proposed reforms to TUPE – which may be introduced this year – include a significant relaxation of the rules that currently prevent many agreed variations of contract after a transfer. What the opinion in Alemo-Herron confirms is that the Govern­ment can also legislate to impose a “static” approach to terms derived from collective agreements. As Alemo-Herron heads towards confirming a “dynamic” approach, the case for that specific legislative intervention appears stronger and more urgent.