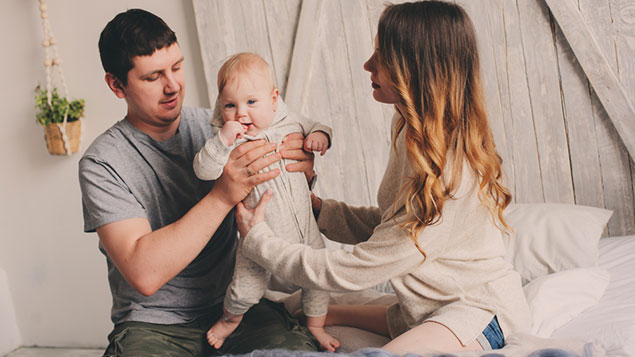 All jobs should be advertised as available for flexible working and fathers should receive ‘use it or lose it’ parental pay at an enhanced rate if we are to reduce the gender pay gap, according to the Equality and Human Rights Commission.

These recommendations are just some of the suggestions made in the EHRC’s report published today, Fair opportunities for all: A strategy to reduce pay gaps in Britain which makes a range of suggestions for tackling gender, ethnicity and disability pay gaps.

The report outlines six key recommendations for government, society and business, which are:

Furthermore, it found that men with epilepsy experience a pay gap close to 40% compared with non-disabled people, while men with depression or anxiety have a pay gap of about 30%.

Caroline Waters, deputy chair of the EHRC said it was time for “new ideas to bring down pay gaps”.

“It’s not just about more women at the top,” she said. “Yes, female representation is important but tackling pay gaps is far more complicated than that.

“While there has been some progress, it has been painfully slow. We need radical change now otherwise we’ll be having the same conversation for decades to come.”

She added that this change needed to begin with the education system. “Subject choices and stereotypes in education send children of all genders, abilities, and racial backgrounds on set paths,” she said.

“These stereotypes are then reinforced throughout the workplace in recruitment, pay and progression. For this to change, we need to overhaul our culture and make flexible working the norm; looking beyond women as the primary caregivers and having tough conversations about the biases that are rife in our workforce and society.”

“While the right to request flexible working is available to all UK workers who have worked for the same employer for 26 weeks, it is yet to be recognised as such in practice,” she said. “To make flexible working the norm it’s crucial that organisations challenge assumptions of who it is for and encourage far greater uptake.”

“HR professionals have a critical role in questioning workplace cultures and busting the myths around what flexible working means to encourage businesses to act differently. Through recognition that flexibility is not just about the hours people work and challenging traditionally rigid job design, organisations can create ‘people-shaped jobs’ that enable those with a range of circumstances to access and reach their potential at work, while boosting long-term productivity.”

Denise Keating, chief executive of enei (Employers Network for Equality and Inclusion), said that too many organisations outsourced lower paid roles so they reduced their pay gap on paper.

“This eliminates opportunities for progression within these organisations and results in the bizarre situation where no individual employer has a large pay gap, but the national pay gap remains,” she said.

“A further consideration is that most employers struggle to properly analyse their pay gaps because they simply do not have the mechanisms in place to be able to maximise the declaration rates of staff with some staff being unwilling to declare their ethnicity and disability. Any reporting will be worthless if the largest group is ‘Prefer not to say’”.

Head of diversity at conciliation service Acas, Julie Dennis, said: “This research shines an important light on pay gaps between ethnicities and disabled people as well as proposals to reduce the gender pay gap.
“Employers who want to make sure women with children don’t miss out on the top jobs should make flexible working available for men and women.”

However, Suzanne Horne, partner at law firm Paul Hastings, said that if the recommendations were taken up, there might be a question mark over who would pay for initiatives such as enhanced paternity pay.

She said: “The key issue here is who pays for extra time off for fathers. In Sweden and Norway, it’s the government who funds up to 80% to 100% of fathers’ pay through higher rates of income tax for all. As well, the family lose the father’s quota if it is not taken.

“Neither of these incentives nor funding structures exist under the current UK system.  Therefore, it is increasingly likely that it will be employers who will ultimately be footing the bill for these benefits.

One Response to Pay gaps need to tackle ethnicity and disability as well as gender, urges EHRC