Pay: Why companies need to figure out what’s “fair” 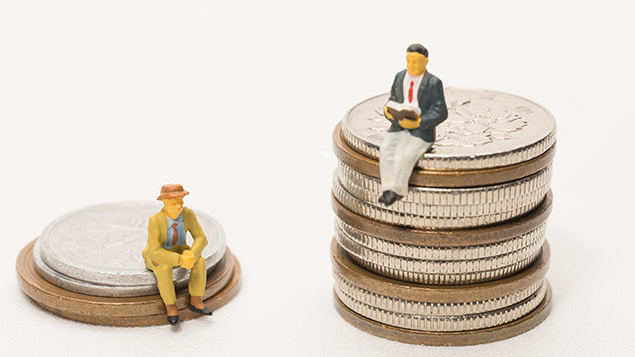 The introduction of pay ratio disclosures, further likely regulation on the remit of remuneration committees, and stakeholder voice within the boardroom are all part of a wider Government push for a fairer capitalism. Tom Gosling asks whether companies can ignore inequality and just get on with the business of generating wealth, or should they consider themselves as social entities in their own right?

Senior executives play a critical role determining the culture of a business, so in collaboration with the London School of Economics and Political Science, PwC decided to find out what they think. We engaged with more than 1,000 senior executives from multinational organisations to explore their attitudes to six principles of distributive justice in relation to their company and society.

The ethics of pay in a fair society: What do executives think? is published by PwC in collaboration with the London School of Economics.

At one end of the spectrum were principles that are concerned with wealth outcomes, for example delivering minimum levels of income or distributing wealth in a way to help the least well off. At the other end of the spectrum were principles concerned with the process for wealth distribution, such as equal opportunity or economic efficiency. We evaluated respondents’ attitudes to these principles.

Attitudes to fairness are complex and multi-dimensional. Despite inherent conflict between them, most respondents support three or more principles. A single principle cannot describe the wide spectrum of attitudes in this area. “More fair” does not mean more equal.

Surprisingly, executives’ attitudes on what fairness resembles in companies and society were strikingly similar. The concept that companies create wealth which society then redistributes was not supported. The executives viewed companies as social entities in their own right, with responsibility to provide a fair pay structure. They saw companies as being part of, rather than existing outside of, society.

Four ‘tribes’ emerged with distinct views of what people expect from their company and society. The first, ‘idealists’, believe distribution of wealth should lead to moral outcomes. They reward individuals based on contribution, but believe everyone should have enough money to live a comfortable life.

Equally the ‘communitarians’ prioritise the need for sufficient income but believe equal opportunities are important – nobody should be disadvantaged because of their birth.

The ‘free marketeers’ believe that, as long as there are equal opportunities for all, talented people deserve to receive more, and no one is automatically entitled to wealth. To a free marketeer economic efficiency is an important distributional principle.

Our fourth tribe, the ‘meritocrats’, think that individuals are entitled to economic benefits because of their efforts and contribution. Like the communitarians, they believe that equal opportunities are important. However, unlike the free marketeers they don’t believe that efficiency is an important criteria on which to judge fairness.

The survey threw up distinct differences in attitude by age. Younger respondents were less likely to trust the ability of the market to produce a morally desirable result, and wanted stronger protection for the least well-off.

In contrast almost 50% of over 65s identified themselves strongly with pro-market principles versus under a third of under 35s. Perhaps unsurprisingly, we found the younger generations more likely to be idealists, and the prevalence of free-marketeers increasing with age. This causes a challenge to companies seeking to develop an approach that works for three generations in one workforce.

So how should companies respond?

The debate on fairness is being hijacked by a one-dimensional view based on pay ratios. It is in companies’ interests to develop a fuller narrative on fairness and their methods to deliver that to employees.

We believe there are four steps to achieve this:

For companies there is an opportunity to create a more engaged workforce with benefits for long-term value and productivity. At the same time companies need to claim their stake in this debate, or risk it being defined in narrow terms, which could be damaging to the long-term health of British business. It’s time for companies to figure out what they mean by “fair”.

Tom Gosling is a partner and lead of the UK reward practice at PwC.
View all posts by Tom Gosling →
Previous Article
Next Article