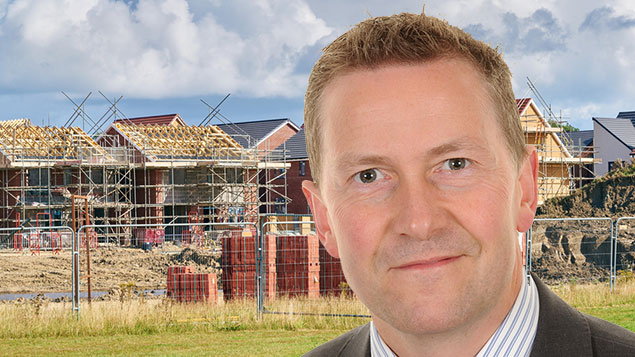 The chief executive of one of the UK’s largest housebuilders, has left his role because the controversy over his £75m bonus had “become a distraction”.

Persimmon’s board asked Jeff Fairburn to leave the company after deciding the media exposure and controversy surrounding his remuneration had damaged the firm’s reputation.

In April, the housebuilder’s shareholders had labelled Fairburn’s bonus “grossly excessive” and the payout was heavily criticised by ministers, governance experts and media commentators.

Last month, Fairburn walked away from a BBC TV interview after being pressed to comment on the row. “I’d rather not talk about that,” he said.

The company announced today (Wednesday): “Jeff has been a successful leader of the business since his appointment in 2013, but the board believes that the distraction around his remuneration from the 2012 LTIP (long term incentive plan) scheme continues to have a negative impact on the reputation of the business and consequently on Jeff’s ability to continue in his role.”

According to the Building website Persimmon is the UK’s third largest homebuilder by turnover (£3.5bn) after Barratt Developments and Taylor Wimpey, but the most profitable with a near-£1bn profit before tax in the 2017 financial year.

The company stated that it would not be looking to retrieve any of Fairburn’s £75m bonus, paid in the form of a long-term incentive: “Whilst the company has sought to mitigate the entitlement falling due to Jeff, as Jeff is leaving at the company’s request, legal advice has confirmed that the company does not have any discretion to withhold or seek forfeiture over any of the ‘restricted’ 2012 LTIP shares, although these continue to be required to be held until 6 July 2021.” Fairburn will not receive salary and pension payouts after 31 December.

The company’s chairman, Roger Devlin, said: “Given the continuing distraction around the scale of his remuneration resulting from the 2012 LTIP, the board believes that it is now necessary for there to be to be a change of leadership.” He added that Persimmon’s stock market value had doubled since Fairburn took over in 2013, to £7.5bn and that under his tenure the company had also handed more than £2.2bn to shareholders.

In August, an analysis by the CIPD and the High Pay Centre revealed that the average FTSE 100 CEO pay package had increased by 11% between 2016 and 2017 while full-time workers only saw 2% rise in median earnings.