By Ashleigh Webber on 7 Jun 2018 in Latest News, PT Awards 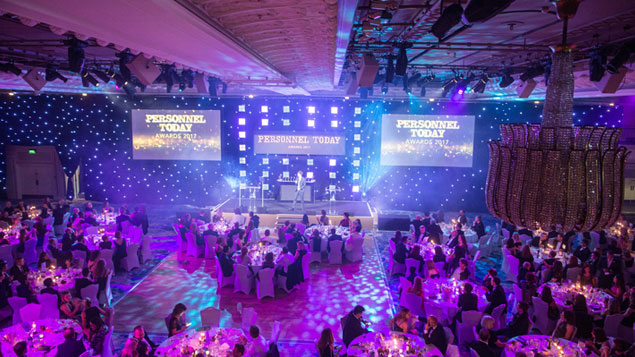 The deadline to enter the Personnel Today Awards 2018 has been extended until 22 June, giving you another two weeks to get your entries in.

Entering their 20th year, the Personnel Today Awards celebrate the best in HR and recognise the teams, individuals and suppliers that have made a real impact with their people policies.

Has your HR team added value to your organisation in an innovative way, driven down costs, or implemented a successful change programme? Has your L&D team helped improve performance through focusing on upskilling and motivating staff?

If so, you could be in with a chance of winning one of our coveted awards, which will be presented in a dazzling ceremony at London’s Grosvenor House Hotel on Park Lane on 21 November 2018.

“We have had a fantastic response from the HR profession, so we would like to give them a little more time to perfect their entries in order to give themselves the best chance of success on the night,” said Rob Moss, editor of Personnel Today.

To be in with a chance of winning one of 21 awards, which include HR Director of the Year, HR Team of the Year and the Managing Change Award, make sure you read the entry criteria carefully. Entrants can enter the same piece of work into different categories, as long as they meet the criteria.

The Personnel Today Awards 2018, sponsored by Cezanne HR, the Royal College of Nursing and XpertHR, are also open to suppliers working on behalf of HR teams, in categories such as Graduate Scheme of the Year and the Health and Wellbeing Award.

Last year’s winners included the Metropolitan Police Service, which won the Diversity and Inclusion Award for its efforts in increasing the number of black and minority ethnic police officers. Countrywide won the HR Team of the Year Award, TrustFord won the Learning & Development Team of the Year Award, and Great Western Railway received the HR Impact Award.

Each category is judged by independent industry peers and the shortlist will be announced in July.

The shortlisted entrants will be invited to attend a shortlist drinks party in September, as well as the glittering awards evening in November.