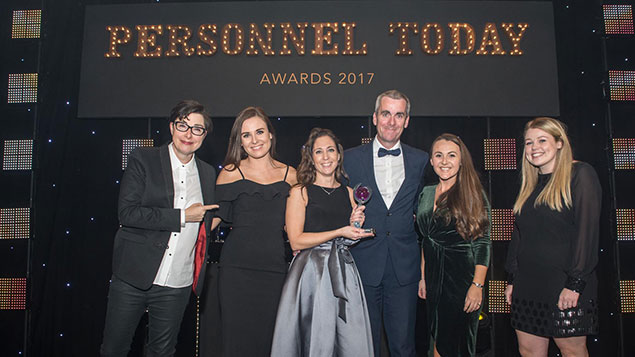 The Metropolitan Police Service won the coveted overall award at this year’s Personnel Today Awards for a diversity and inclusion initiative that made a real impact on its own recruitment and its local community.

The Met has substantially increased the number of black and minority ethnic police officers over the past three years through targeted recruitment campaigns and a thorough review of its selection and promotion processes.

Graduate Scheme of the Year Award went to Police Now, an independent charity that works with police forces nationally to break the inter-generational cycle of crime and poverty in deprived communities.

The Met was chosen for the “best of the best” prize after it won the award for diversity and inclusion, one of 21 hotly contested categories highlighting great work in the HR profession.

Other highlights of the evening included the HR Team of the Year Award, sponsored by Totaljobs, which was won by Countrywide. The estate agent chain overcame challenges around attrition and engagement after growing through a series of mergers.

One of the most sought-after awards of the evening, HR Director of the Year, was won this year by Vicky Williams of the Lawn Tennis Association.

The LTA has turned around participation in tennis and was nominated in several awards categories for its people strategies and their impact.

Rob Moss, Personnel Today’s editor, said: “Congratulations to all our winners in a year when change has accelerated in both private and public sector organisations. This year the judges have been impressed with real evidence of HR’s impact.”

Award for Employee Engagement (sponsored by Great Place to Work)

Award for Diversity and Inclusion

Award for Innovation in Recruitment (sponsored by Good&Co)

Award for Excellence in Public Service HR (sponsored by the PPMA)

Award for Excellence in HR through Technology (sponsored by Cezanne HR)

Consultancy of the Year

Graduate Scheme of the Year (sponsored by Milkround)

Award for Excellence in Learning and Development (sponsored by Search Consultancy)

Learning & Development Team of the Year

Employment Law Firm of the Year

Award for Managing Change (sponsored by the Royal College of Nursing)

HR Team of the Year (sponsored by Totaljobs)

HR Director of the Year (sponsored by XpertHR)