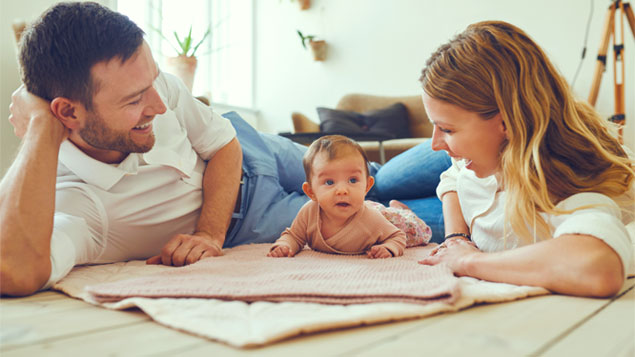 Organisations with 250 staff or more are being urged to publish their shared parental leave policies on their websites to improve transparency and encourage competition on pay.

Liberal Democrat MP Jo Swinson, who was employment relations minister in the coalition government, has tabled a bill that would require large businesses to publicise what they offer parents who wish to take shared leave after the birth of their child. She said it would be a “simple and practically effortless change” that would help address gender inequality and help employers attract and retain staff.

Letter explaining to employees the right to shared parental leave

“What I’m proposing is a simple and light-touch solution to this – there is no single silver bullet, but better information is certainly part of the answer,” she told the BBC.

“The problem is that currently the onus is on the job applicant to ask about these policies, but the very act of asking the question suggests to the employer that the candidate may be considering having a child.”

Swinson claimed that more than 54,000 women a year lose their jobs because of discrimination around pregnancy and maternity. Fathers were also worried about the effect taking shared parental leave would have on their careers.

According to a recent survey by comparison site Money.co.uk, half of prospective fathers said they were unlikely to take shared parental leave because they earned more money than their partner when at work.

Only 2% of eligible parents have taken up the scheme since it was introduced in 2015, according to figures from the Department for Business, Energy and Industrial Strategy.

Swinson said publishing shared parental leave policies online would allow employees to compare their organisation’s policy with what others offered and use that information to ask for improvements.

Jill Miller, diversity and inclusion adviser for the CIPD, said making policies public “could help break the taboo of employees asking about their entitlements, which many are often reluctant to do”.

“More organisations being open about their parental leave policies sends a positive signal about its importance and could help to level the playing field in gender equality at work,” she added.

In April the Employment Appeal Tribunal ruled that it was not discriminatory to refuse a new father enhanced pay while on shared parental leave if women were given enhanced maternity pay. It said the purpose of maternity pay and leave is to recognise the “health and wellbeing of a woman in pregnancy, confinement and after recent childbirth”.