Peter Cheese: ‘HR needs to stand up and be more confident’ 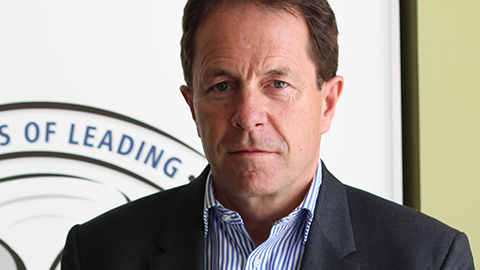 As the Chartered Institute for Personnel and Development (CIPD) celebrates its 100th anniversary, Peter Cheese approaches his first anniversary as its chief executive. He talks to Jo Faragher about how HR and its professional body are evolving.

The day we meet with Peter Cheese, the chief executive of the CIPD, the Parliamentary Commission on Banking Standards has published its recommendations on dealing with misconduct in financial services. Its suggestions that bad bankers should be jailed for reckless misconduct – and the sensationalist headlines they inspire – seem to capture the “crisis of trust” that Cheese singled out in his first CIPD conference speech last November.

As the CIPD celebrates its centenary this month, Cheese acknowledges that HR, not to mention society as a whole, is “going through an extraordinary time” and that “there’s never been a more interesting time to be part of the HR profession”. Having been in the chief executive role for almost a year now, he is eager to help HR tackle these crises by arming the profession with the evidence and the confidence it needs to identify areas of moral weakness or poor practice and do something about them.

“Surveys show that there’s more scepticism, more questioning,” he explains. “Employees are asking, are my leaders behaving ethically? Are they only serving shareholders or are they serving the communities in which they operate? These are very profound and important points and things we as HR profession can deeply affect.”

During his first year as chief executive, one of Cheese’s priorities has been to clarify the institute’s strategy and ensure its goals are communicated to its 130,000-plus membership, associates and partners. He concedes that, in the past, the CIPD had attracted a reputation for being “too monolithic and internally focused” and this is something he is keen to turn around: “I suppose the first thing I’ve been trying to do is to get clarity on our strategy. It’s one thing to communicate all of this internally, but it’s different to be able to communicate to our members and the many others who have an interest in what we do.”

The centenary has provided a convenient hook for the CIPD to evaluate how it supports HR in the coming years and, looking back to its roots as the Workers’ Welfare Association (WWA), it is easy to notice parallels with what concerns employers today.

“The WWA did exactly what its title said – it was focused on physical wellbeing, embracing the idea that a physically well workforce was also likely to be a more productive one,” says Cheese. “Roll the clock forward 100 years and there’s still a great focus on wellbeing, although we now look at it in a more holistic sense. Physical wellbeing is important, but emotional and mental wellbeing is equally so. We need to look at employees not just as people who turn up at work, but as holistic human beings.”

Closely tied to improving wellbeing is raising engagement at work. Cheese believes that, as employers gather more evidence on what drives engagement, HR will be able to drive initiatives to increase workers’ job satisfaction and sense of where they fit in to their employer’s wider goals. He points to the recent research pulled together by Engage for Success on how organisations should tackle low engagement and its impact on productivity, saying: “We’re entering a new paradigm of recognising engagement; trust and culture are on the agenda in a way like they never have before. But we need to step up and define [engagement] and articulate how we’re going to improve it.”

With this in mind, the CIPD is urging its members to take a fresh look at their corporate culture. Its “Hackathon”, with renowned management author Gary Hamel challenges participants to fight against established thinking and “reinvent and revitalise” the role that HR plays in agile businesses. While business commentators and academics have been observing for some time how traditional management hierarchies are breaking down, the reality is that generations of managers have been taught “how to break down tasks and give them to people”, according to Cheese. It’s up to HR (and the executive managers they support) to drive a shift in mindset where there is no set way of working. Collaboration is encouraged, and people work “across” organisations rather than from the top down.

“It’s not a case of saying ‘when the recession is over, we’ll go back to doing X’ – this is not going to happen,” says Cheese. “There has to be a shift in mindset, an acknowledgement that change is the new ‘normal’.” The profession clearly seems to be in agreement, with many of the contributors on the institute’s “100 thoughts” thread (#CIPD100) – which asks respondents to consider the role HR will play in the future workplace – citing an ability to embrace change as a key tool in HR’s arsenal.

One contributor, Danny Kalman, global talent director at Panasonic Corporation, believes “HR professionals must strive to achieve the following three competencies: authenticity, bravery and credibility, or ABC”. These three words ring true with Cheese, who says that “HR has to stand up and be more confident” and believes bravery is inextricably linked to how credible the profession is perceived to be.

“We haven’t always turned up with the right understanding and ability to demonstrate how we relate what we do to the business outcome,” he says. “Look at recent failures of corporate culture, whether in the banks or anywhere else. If you believe that HR is the custodian of culture, then what was going on?

“Either we didn’t understand the failings or we did understand but couldn’t do anything about it. Perhaps if we’d had the right insight or analysis to explain these things, or point to the evidence, then this would have provided a sufficient platform from which to challenge management.”

Improving the credibility of HR

Improving the profession’s credibility must also begin with making young people more aware of HR as a viable career option. Cheese acknowledges that even the CIPD’s own surveys show that very few HR professionals thought about coming into the profession while at school or university: “We have a job to do to improve the standing and recognition of HR at that end of the spectrum and attract a broader range of talent into the profession.”

Connecting with schools is an important part of the institute’s ongoing remit. With funding all but withdrawn from school careers advice services, the CIPD aims to highlight good examples of employers working with schools. It has stepped up its Learning to Work campaign and is partnering more closely with organisations such as the Education and Employers Taskforce to address the gap between employers’ expectations of young people and their own understanding of the workplace.

The challenge for both schools and employers, however, is that the nature of work is changing so quickly. “Education isn’t providing all we need as employers, but we can’t simply keep pointing the finger at education and saying ‘sort it out’ – we need to take responsibility and recognise that the changing nature of work means we’ll never have ‘oven-ready’ workers coming off a conveyor belt of education,” says Cheese.

Bringing together schools and employers is all part of a wider push within the CIPD to do more on a local level. This includes collaborating more closely with its own regional and local branches. Cheese says: “One of the first things I said we needed to do is see that the CIPD is part of an ecosystem. The branches themselves are the physical manifestation of the CIPD to many of our members, and we need to connect with and support them better than we have done in the past.”

Membership numbers have remained “pretty static throughout the recession years”, something Cheese says is no bad thing. However, he hopes to increase the impact and relevance of the institute and in doing so, encourage more professionals to see value in joining. Part of this will be reaching out to communities within HR he feels have hitherto been neglected by the CIPD, in particular consultants and small businesses.

Another way to grow membership will be to increase its reach internationally, and it is already working with companies, universities and governments globally to provide HR advice.

The growing consultancy community, for one, will welcome a sharper focus on its contribution to HR. The CIPD came in for criticism in 2009 when it acquired a consultancy called Bridge Partnership to work on its Next Generation HR research project, with its consultant members questioning whether or not it would throw the CIPD open to a conflict of interest. Despite his own background in consulting (prior to the CIPD, he had a 30-year career at Accenture), Cheese has no ambitions to “build some big consulting business”. Instead, Bridge will continue to focus on leadership development programmes, while the CIPD will create more of a network of consultancy expertise through members that can be tapped into by smaller organisations that would not typically have access to this resource.

It mustn’t be forgotten, of course, that the CIPD is an employer itself, with around 300 paid employees and an army of more than 1,000 volunteers, including non-executives and trustees, branch committee members, vice-presidents and branch council representatives. So does it follow its own advice? Cheese answers: “My own head of HR has one of the more challenging jobs in that she’s head of HR for her professional institute. But we don’t want to be the cobbler’s children – I want us to be exemplars of good practice, innovators where we can, but also recognise that like any business, you can’t be absolutely excellent at everything.”

What is certain is that, if there is room for improvement, Cheese has at least 130,000 experts he can go to for advice.