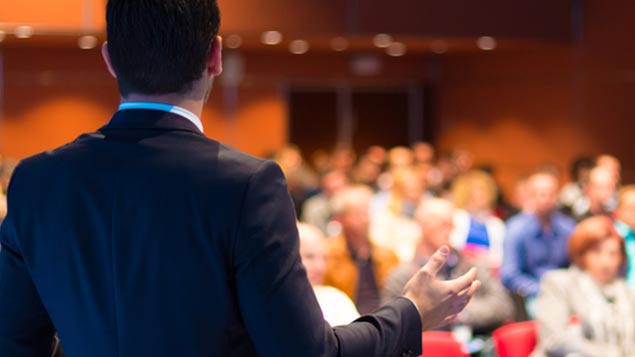 Appebook’s new policy of paying for women to have their eggs frozen in order to boost the number of women in senior roles is only part of the story. We provide a complete transcript of the tech giant’s announcement in Silicon Valley.

Thank you ladies and gentlemen for coming to hear the latest exciting announcement from Appebook. First though, a big thank you to Marsha, one of our young up-and-coming women managers in global communications, for that wonderful introduction. I never knew I had achieved so much. But then I have been here for almost two decades. I was one of the first people to be employed by this wonderful organisation.

Back then, people said I was crazy to give up a steady job as a computer scientist to join a dozen other people in a start-up. Well, billions of dollars and thousands of employees later no one is calling me crazy any more. Appebook has literally changed the way we communicate, socialise and learn. And today, ladies and gentlemen, you are going to learn about how we are going to change gender.

All organisations, including Appebook, are grappling with what could be called “the problem with women”. But we don’t like being like everyone else. For a start, we don’t like problems, we like solutions. That is why I, a true innovator and problem solver as you have heard, was asked to take on the role of global head of organisational operations: female initiatives. I took on this role to give something back to the company that has given me so much. But I also took it on because I care that the world isn’t fair.

My first task was to re-frame the way we look at this. We mustn’t see women as a problem. Instead I call it the FQ – the female question. What is the FQ? Put simply, Appebook has very few women in leadership positions – 10% in fact. Having said that, we are 25% above the industry average of 8%, so I‘m sure you’d agree that shows that we are doing pretty well.

My next task was to listen, listen and then listen some more to find out what people think the answer to the FQ is. I spoke to all of the senior leadership and the answer came back loud and clear: babies. It then became obvious: solve the BQ (baby question) and we solve the FQ. This was our first breakthrough moment and, as software engineers and mathematicians, we initially expressed this as:

So today, ladies and gentlemen, we have developed a new groundbreaking policy, we are allowing female employees to fulfil their maternal ambitions alongside their career ambitions by enabling them to freeze their eggs so they can have babies when it suits them most.

Some people say that the “problem with women” (note the old fashioned framing) is one of lack of flexible working, that organisations need to be open-minded about the way work is done and where it is done. Well, we have mined the data and it shows clearly that people working full-time are in the offices far longer than those working part time or flexibly.

But it isn’t just about work, it is also about wellbeing. People working flexibly have less access to our free breakfasts and suppers, to our tension-relieving games room and our stress-busting massages.

It isn’t our bias towards such policies that is the problem; it is the policies themselves. Of course, it goes without saying that once a woman has decided to unfreeze her eggs and have a baby she must come back to work full time if she expects her career to continue where it left off. I mean, that’s only fair, isn’t it?

But we haven’t quite finished. My analysis revealed that the GQ (gender question) was bigger than BQ and FQ so we re-formulated our equation:

So what does this mean in practice? During this presentation I have referred to you as ladies and gentlemen. Well, ladies and gentlemen, I can now tell you that with the announcement of the freezing eggs policy we are getting rid of gender. My researches showed that 99% of men delete emails with “gender” in the subject line. As further evidence, all of the attendees at the “Gender network” are women. I have concluded, therefore, that the men at Appebook have transcended gender. We now want women to achieve this stage of enlightenment too.

So, in order to achieve true equality we want one label to refer to all Appebook people: “men”.

(As reported by Binna Kandola, senior partner at Pearn Kandola, who was lucky enough to be invited to the announcement)